So, recently I read UNDER THE LIGHT by Laura Whitcomb, a book I’ve wanted to get to for a long time. It’s the sequel to A CERTAIN SLANT OF LIGHT, which was a book I really loved. 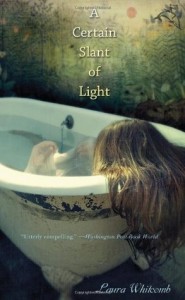 A CERTAIN SLANT OF LIGHT involves Helen, a ghost, and James, another ghost, and the two teenagers whose bodies they possess (but not in an evil way). Shannon Hale commented recently on Twitter that she disliked the book because all the religious people were evil, which is true, but I would say that the overall book showed religion in a very positive way despite this. I thought the story was innovative and beautiful, with all this interplay between the ghosts (adults) and the teenagers, with all four lives (or “lives”) interweaving.

But in the sequel, Helen, who had overcome her Issues from the first book, turns out to actually still be struggling with Issues after all. And Cathy, a secondary character who had broken from her nasty-piece-of-work husband, turns out to still pretty much be under his thumb.

Why? Why do this? Once you resolve the Angst, can’t you let it stay resolved? Aren’t there other issues that could arise and present challenges to the characters?

This is not the only sequel that has this exact problem, which for me turns out to be one of THE problems for a sequel, something that just seriously turns me off. 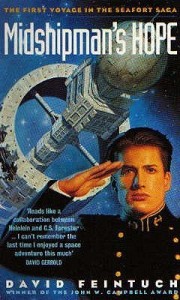 I loved this book. Loved it. You can learn a lot about tight plotting from a book like this, where nearly every problem that looks independent actually turns out to result from one core problem that spills out over everything. The main character is very angsty, really too much so for me, but — and this is the key — he not only performs brilliantly despite his personal issues, at the end he is clearly well on his way to overcoming his personal angst and becoming a more emotionally balanced person.

Until the sequel, where lo! He turns out not to have overcome his Issue at all. It is still right there, screwing him up in exactly the same way as in the first book.

This is something which wouldn’t bother me if the first book wasn’t so good. I get hooked on it and pick up the sequel with delight and then — WHY not leave the problem that was resolved in the first book resolved? Why do you have to put it BACK?

Okay, one more. Has anybody out there read FIRE DANCER by Ann Maxwell? 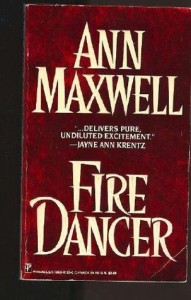 This is a boring cover. I like the cover on my (old) copy better. But still, at least it is still available!

I loved this book. It’s got lots going for it, including the angst-filled relationship between Rheba and Kirtn. Which is RESOLVED at the end of the first book, but UNRESOLVED AGAIN in the sequel.

I want to emphasize that although all three of these books are completely different, the first books of each series are very good. If you like Horatio Hornblower and Aubrey/Maturin, you are very likely going to enjoy the Feintuch series. If you love romances with plenty of adventure, you are likely to enjoy the Maxwell series. I recommend A CERTAIN SLANT OF LIGHT to almost anybody.

BUT. Just be prepared, if you go on to the sequels, for the issues that ought to be resolved and that looked like they were resolved, to actually not be resolved at all.

I definitely prefer a series where the protagonist (and other continuing characters) grow and change and mature and get over things and deal with new things as they go along. See: Bren in the Foreigner series. Miles in the Vorkosigan series. Meliara in Crown Duel / Court Duel.

Anybody have a favorite suggestion for series in which the protagonist and other important characters change, mature, and improve with time rather than staying the same?

I will add that it doesn’t bother me if the character stays the same for ages if that is appropriate to the series (eg Nero Wolf’s characters), as long as there is no bait and switch with angst that is shown as resolved but turns out to be unresolved after all.

15 thoughts on “How not to write a sequel”