Is a cure for sickle cell on the horizon?

That wouldn’t surprise me, actually. Sickle cell is caused by a simple, single-gene mutation that is well understood. Seems like it ought to be a good candidate for this kind of thing.

Two years ago, a French teen with sickle cell disease underwent a gene therapy treatment intended to help his red blood cells from “sickling.” In a paper published Thursday in the New England Journal of Medicine, the researchers revealed that today, half of his red blood cells have normal-shaped hemoglobin. He has not needed a blood transfusion, which many sickle cell patients receive to reduce complications from the disease, since three months after his treatment. He is also off all medicines.

The first tentative pilot treatments are not all working as well, apparently, but this looks very encouraging.

If you’d asked me if any extant primate species remained undiscovered, I’d have said it seemed pretty unlikely. But here we are:

New Dwarf Primate Found, Is Giant Among Its Kin

Here’s something weird from astronomy, no slouch in the weird-stuff category over the past couple years:

The two other ELANS previously discovered are nicknamed the Slug Nebula (for UC Santa Cruz’s idiosyncratic mascot) and the Jackpot Nebula (because it contains a whopping four quasars, extremely bright objects created by particles accelerating away from black holes). But the new ELAN is a head-scratcher. The Slug and the Jackpot have bright quasars illuminating their dust and gases, but the light source inside the newfound ELAN is a mystery.

An Elan is “enormous Lyman-alpha nebula,” it seems.

Also in the realm of peculiar, this one has it all: both suggestions of aliens and suggestions of a conspiracy to cover up the evidence of aliens. Ah, yes, we really do live in a science fiction universe.

“I have monitored hundreds, likely thousands, of hours of ISS live feed footage and I’ve seen UFOs, I’ve seen ice crystals, I’ve seen space debris and I’ve seen light reflections….What we’re seeing here looks like none of those. And it would appear that shortly after these objects come into view, Nasa – either purposely – or the UFOs do it on their own, but the objects quickly dim out. So we may have had Nasa dimming the feed, messing with the contrast or the exposure to make these objects disappear from view.”

Uh huh. We all know the truth is out there. 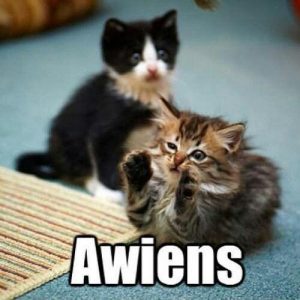