I see from dropping in at Bibliotropic that Mark Lawrence has organized a second round for his self-published fantasy novel blog-off.

Let’s see — looks like 300 entries, all either stand-alones or first in a series. Ten bloggers are participating, so for the first round, every blogger gets 30 books. How they deal with all those is up to them, except they have to put just one forward as a finalist.

Ria at Bibliotropic is starting off by just taking a look at her thirty, six at a time — title, cover, back cover. She’s got eighteen up so far.

Of the eighteen, my favorite title is The Dragon Scale Lute. Dragons, music, sounds good! I also like the cover: 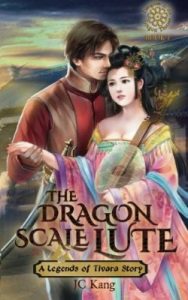 Pretty, colorful. The woman’s expression is perhaps a bit vapid, but on the other hand, she *is* holding a lute. I definitely prefer this to a lot of the darker, more monochromatic covers.

I don’t remember exactly who participated last year, but I certainly see several I know did.

Bookworm Blues is also taking an initial look at cover art. For hers I lke the cover and title for The Blood-Tainted Winter, though the book itself might well be too grim for my taste. 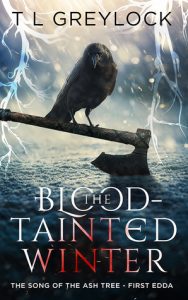 BiblioSanctum has a brief introductory post up, showing thumbnails of all thirty of their titles. That really shows you how hard it can be for a cover to stand out amid a whole bunch of tiny little thumbnails. I will click through to just one . . . all right, I rather like this one: A Journey to Kokorue. 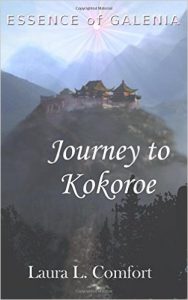 The others don’t seem to have done introductory posts yet. Well, I’ll try to remember to check in from time to time and see what’s going on with this. I did pick up a couple of titles from last year’s SPFBO, but (of course) haven’t actually read them yet . . . maybe I will manage to do that before this year’s finalists are chosen.