I saw this top-ten list at Random Musings and thought it would be fun to see if I could possibly, possibly, pick ten favorite authors and then stop.

To make it easier, I’m imposing a single rule: I can’t put an author on here unless I’ve read eight or more of their books. That means if an author hasn’t written at least eight books, they’re not being considered for inclusion. That simplifies things quite a bit, really. Maybe I should do another list for authors-I-love-but-I’ve-read-only-a-couple-books-by-them. But I think that sort of falls into Favorite Book territory, rather than Favorite Authors.

So, favorite authors. I bet you can fill it at least part of my list yourselves because I talk about some of these authors a lot. But let’s just see.

In the order they occur to me:

1. CJ Cherryh. Cherryh has written . . . uh . . . about five books I didn’t like? Those Russian ones, mostly, and a couple of others I am not very interested in revisiting. And about what, maybe forty that I did like, and a lot of those I really love. Something like that. How could she not be first on my list? I’m showing this particular cover not because it’s my favorite one of her books ever, though of course I love the whole Foreigner series, but because it’s one of my favorite of her covers ever. Just love this one. 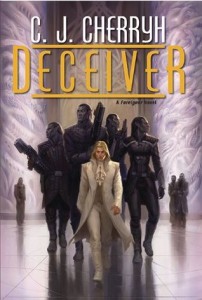 2. Martha Wells. I’ve loved or really liked all her books except one. Oh, and I couldn’t get into the Star Wars tie-in when I tried it. I may try it again, but I’m honestly not a big Star Wars fan, so a tie-in for that world is an uphill thing for me. This cover, I picked because I’m trying to remember to read the Nicholas short story in it. I think it’s the only new-to-me story in the collection, but I do want to read it! 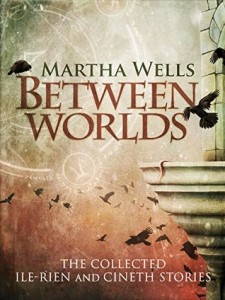 3. Andrea K Höst. I’ve loved or really liked all her books so far. I haven’t read three of hers, but so far that’s an amazingly consistent record. I’m showing the cover of Pyramids because it’s her newest, but I’m a lot more likely to read Hunting or Stained Glass Monsters next because I know Pyramids is part of a five-book series and, well, maybe I’ll just wait till it’s closer to being finished. 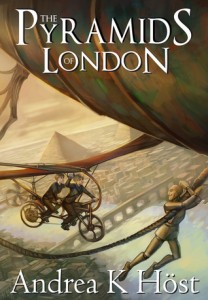 4. DWJ. One or two of Diana Wynne Jones’ books are . . . just strange. (Hexwood, The Time of the Ghost.) But basically, wow, what a writer. The cover below is far from my favorite ever, but I’m pretty sure this was the very first DWJ book I ever picked up. 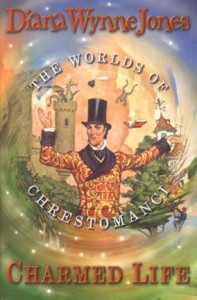 5. Patricia McKillip. I can’t imagine why it took me five slots before I thought of her. The greatest fantasy writer ever. I thoroughly disliked one of hers (Solstice Wood), which only goes to show. But still. The Riddlemaster Trilogy has got to be on my Top Ten All Books Ever list. 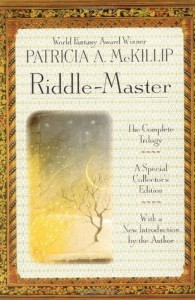 6. Barbara Hambly. I’ve disliked quite a few of her books (those Nazi ones, ugh, and I’m sorry but Mother of Winter was pretty dreadful), but on the other hand I really love a lot of her books, so it kind of evens out. She’s just written so many books that you can give her, oh, at least half a dozen you really dislike and there are still a lot of others to love. Plus she writes one of my favorite vampires series (Ysidro), and my all-time favorite mystery series (Benjamin January). 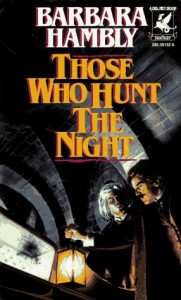 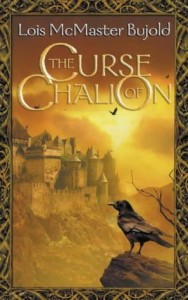 8. Gillian Bradshaw. I wasn’t a big fan of her Arthurian trilogy, and there have been one or two others that didn’t really do it for me, but then she’s written a lot and some of hers are on my all-time-favorite-books-ever list. Like Beacon of Alexandria. What a book. But I’m not even sure it’s my favorite of hers. Hard to choose. 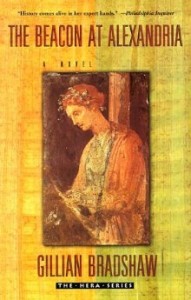 9. Sharon Shinn. A lot of hers are comfort reads for me. The shifter ones are a bit emotionally overwrought, but on the other hand some of her titles (The Shapechanger’s Wife) are as nearly perfect as makes no difference. 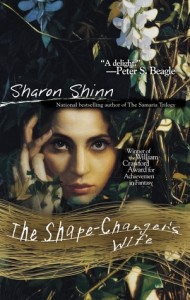 10. Guy Gavriel Kay. I haven’t read quite all of his . . . and okay, fine, River of Stars was too tragic for me. But such beautiful writing. 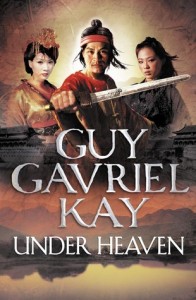 There, that’s ten. That wasn’t so hard, though it actually is a bit painful leaving out a couple of others that also come to mind. The other kind of list, picking out of the vast universe of all books/authors ever, *that* would be impossible.