So, this month, I see that the SFBC is offering the third book of Brent Weeks’ Lightbringer trilogy. Aargh! Weeks has got ahead of me; I haven’t even read the second book yet. I enjoyed the first book, THE BLACK PRISM, quite a bit. His Night Angel series was just on the edge of being too dark for me and I believe I gave it to a friend, but I found that PRISM stepped that back a trifle. There was a certain If-Only-They-Could-Talk-To-Each-Other thing going that was frustrating, but at least it wasn’t that they could talk to each other but weren’t; important characters really don’t and can’t know important things that are going on with one another.

A little vague, yes. If you want spoilers, I’m sure you can find reviews that provide those.

Anyway, as I say, I haven’t read the second book, which is THE BLINDING KNIFE. And here is the third, out already: 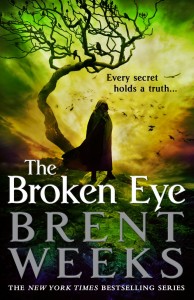 Also in the same category is Django Wexler’s sequel to THE THOUSAND NAMES. I haven’t read that yet either, but here is the second book, not waiting for me to catch up: 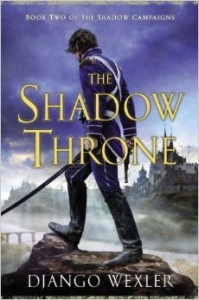 Have any of you read THE THOUSAND NAMES yet? It’s always better — let me just stress this point — to pick up the second book promptly when it comes out; otherwise the series may well undergo a Series Death Spiral, producing a serious impact on the author’s career. On the other hand, I hesitate to pick up the second book when I haven’t read a) the first book in the series; and also b) any book at all by the author.

The SFBC is offering Moon’s THE SPEED OF DARK again this month. Good, good: that’s one that ought to be a classic. Hopefully the SFBC is going to push it forever.

I see we have FOOL’S ASSASSIN by Robin Hobb. Mary Beth, you noted in the comments that you were looking forward to this one. Nice cover art: 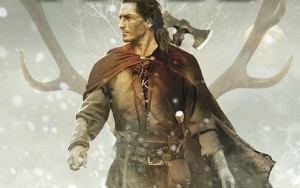 I almost always like assassins . . . unless the book gets too grim, which of course with assassins, that can happen. Not sure whether to try this one or not. I liked Hobbs’ Dragon series, though I skim parts of them when I re-read them. I’ll have to keep this one on my radar and maybe give it a try. Mary Beth, I’d appreciate your opinion if you get to it before me, which I expect you will.

Good Lord Above, looks like there’s another Shannara book out. #Unnecessary, imho. I outgrew the original Shannara books long, long ago and these days wouldn’t even offer them to a twelve-year-old if I had one handy; as far as I’m concerned there are too many better books out there to bother.

Okay! And this one, a debut that caught my eye, is what prompted this post. Craig, I think this is one you might want to look at:

THE GLASS SENTENCE by SE Grove. 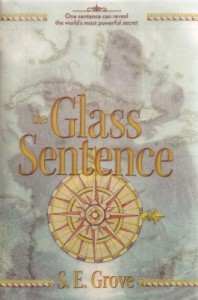 Boston, 1891. Thirteen-year-old Sophia Tims lives with her uncle, cartographer Shadrack Elli, in a world torn to pieces by the Great Disruption on 1799 — when all of the continents were thrown into different time periods, from the prehistoric era to the fortieth century. When Shadrack is kidnapped, Sophia sets out to find him . . .

Okay, interestingly, the SFBC is not pushing this as a YA novel. Other than saying “thirteen-year-old Sophia”, there’s no clue this is YA. Booklist’s review definitely marks it as MG/YA (grades six to nine). It’s on the long side, 500 pp, but I see the imprint is, yes, Viking Juvenile. Well, it just came out this past June and it’s already over 150 reviews on Goodreads, with a 3.99 rating, so it must work for adult readers. It’s the first book of a trilogy and I see a Goodreads reviewer notes that there is a cliffhanger ending. I think this is one to try via the Try A Sample feature for Kindle, but even if I like the sample, I doubt I’ll read it till the trilogy’s complete if we’re talking cliffhangers. Though of course if I love the sample I will buy it right away; always nice to give a boost to a debut author.