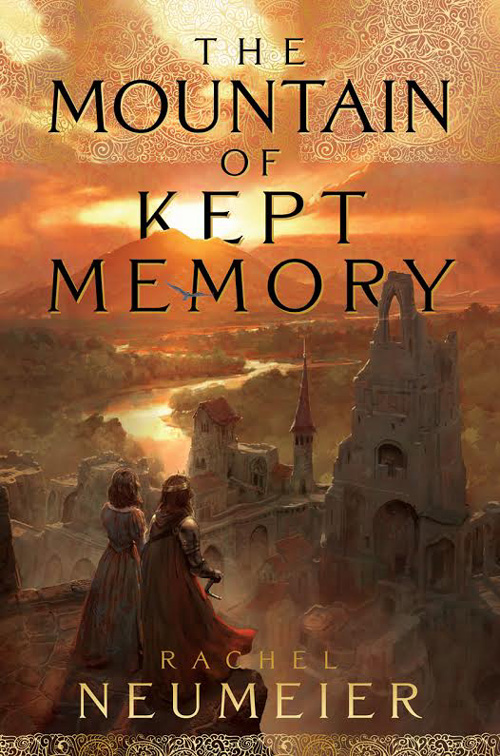 The Mountain of Kept Memory

Long ago the Kieba, last goddess in the world, raised up her mountain in the drylands of Carastind. Ever since then she has dwelled and protected the world from unending plagues and danger…

Gulien Madalin, heir to the throne of Carastind, finds himself more interested in ancient history than the tedious business of government and watching his father rule. But Gulien suspects that his father has offended the Kieba so seriously that she has withdrawn her protection from the kingdom. Worse, he fears that Carastind’s enemies suspect this as well.

Then he learns that he is right. And invasion is imminent.

Meanwhile Gulien’s sister Oressa has focused on what’s important: avoiding the attention of her royal father while keeping track of all the secrets at court. But when she overhears news about the threatened invasion, she’s shocked to discover what her father plans to give away in order to buy peace.

But Carastind’s enemies will not agree to peace at any price. They intend to not only conquer the kingdom, but also cast down the Kieba and steal her power. Now, Gulien and Oressa must decide where their most important loyalties lie, and what price they are willing to pay to protect the Kieba, their home, and the world.