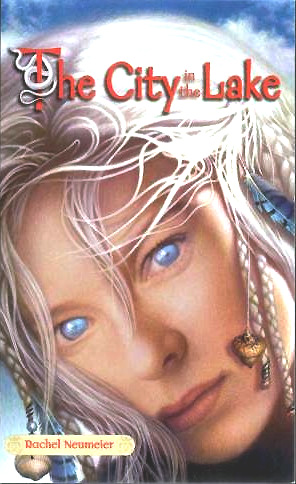 The City in the Lake

When Timou’s father journeys to the City to help look for the Prince, but never returns, Timou senses that the disturbance in the Kingdom is linked to her – and to the undiscovered heritage of the mother she never knew. She must leave her village, even if it means confronting powers greater than her own, even though what she finds may challenge everything she knows. Even if it means leaving love behind.

“It’s the poetic, shimmering language and fascinating unfolding of worlds that elevates this engrossing story beyond its formula… Fans of Sharon Shinn’s books will find a similar celebration of the natural world – from the dense darkness of a forest to the ‘crystalline music’ of the stars — in this vividly imagined debut.”

“For fans of Juliet Marillier, Patricia McKillip, Robin McKinley, and Sharon Shinn, looking for that next fix of luscious, romantic, flawless fantasy? Look no further – Rachel Neumeier’s The City in the Lake is for you.”

“OH MY GOD, I was so not prepared for how awesome this book is. Prose, setting, story, characters, everything is top notch and I too loved this book.”

“Neumeier’s style in this particular book is rich and flowing, reminiscent of Robin McKinley’s prose … If you’re in the mood for a heavy, richly written tale, The City in the Lake is right up your alley.”

“The City in the Lake is a beautifully written, impressive and quiet book that I loved reading. This book deserves to be read when you can concentrate completely on the rich language Rachel Neumeier uses. I would recommend this book to all readers who enjoy reading fantasy and quiet, thoughtful books.”

“The tone and lyricism of The City in the Lake lends it the quality of old-school fantasy that is sorely missing from so many recent offerings. What’s more, Neumeier’s writing is reminiscent of Patricia McKillip, dreamlike and hauntingly evocative.”

“The magic in this book is unlike most of the fantasy I have read before … This is a very satisfying fantasy novel, and with both female and male main characters is a good choice for either gender.”

“A beautiful, elegiac fantasy tale that is refreshingly small-scale and intimate”.

“A lyrical fantasy [that] weaves several threads and layers together … thoughtful and lovely.”