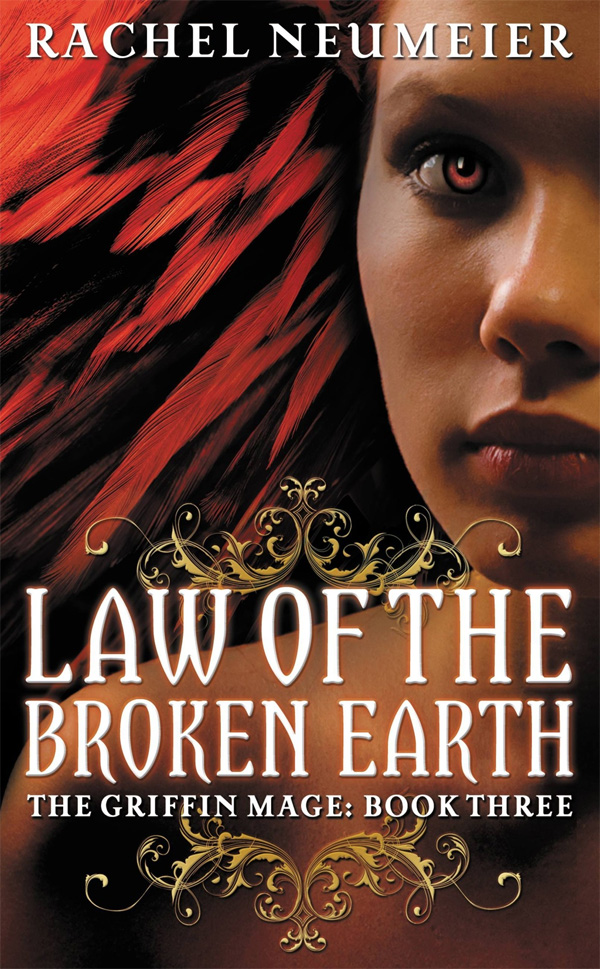 Law of the Broken Earth

Fire and Earth will be torn asunder…

Six years ago, the king of Casmantium’s schemes shattered the balance between griffins and humans, and nearly led to disaster for both. Now the balance may be tipping once more – and this time neither courage nor sacrifice may be enough to repair what should never have been broken.

Mienthe, the Lord of the Delta’s young ward, knows only that her own peaceful life has been shaken. But when a spy brings a deadly secret from a neighboring country, she sees three kingdoms move towards war and two species toward destruction.

Trapped between the secret many would kill to preserve and the desperate ferocity of the griffins, could Mienthe herself hold the key to preventing the atrocities to come?

“[A] vivid, satisfying conclusion to Neumeier’s Griffin Mage trilogy … Most compelling is the world and its magical laws, which invite further related stories.”

“Neumeier does a great job of continuously fleshing out her fabulous world. She works on and evolves several characters who appear in all three novels, and also introduces new, exciting elements at the same time. I really love her writing style. It’s very distinct and I can’t really compare it to anything else I’ve read. She captures emotions and images perfectly. Highly recommended trilogy.”

“There’s a lot of exciting stuff at the end that makes me wish there were more books in this series, because there’s so much to still learn about! ”

—– Anastasia, Here There Be Books

“There were some great revelations towards the end of the book, things unexpected and intriguing.”

—– Thomas Scofield, for Rob Will Review…

“…a strong coming of age fantasy starring a wonderful reluctant heroine who prefers to be ignored as that is her comfort zone, but that is not longer an option.”