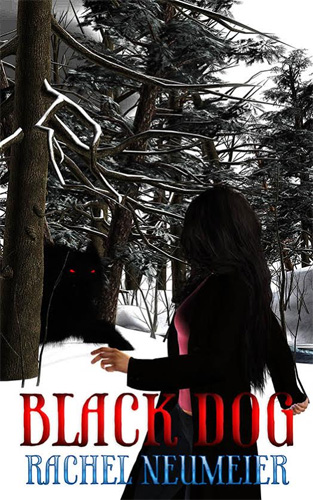 Natividad is Pure, one of the rare girls born able to wield magic. Pure magic can protect humans against the supernatural evils they only half-acknowledge – the blood kin or the black dogs. In rare cases – like for Natividad’s father and older brother – Pure magic can help black dogs find the strength to control their dark powers.

But before Natividad’s mother can finish teaching her magic their enemies find them. Their entire village in the remote hills of Mexico is slaughtered by black dogs. Their parents die protecting them. Natividad and her brothers must flee across a strange country to the only possible shelter: the infamous black dogs of Dimilioc, who have sworn to protect the Pure.

In the snowy forests of Vermont they are discovered by Ezekiel Korte, despite his youth the strongest black dog at Dimilioc and the appointed pack executioner. Intrigued by Natividad he takes them to Dimilioc instead of killing them.

Now they must pass the tests of the Dimilioc Master. Alejandro must prove he can learn loyalty and control even without his sister’s Pure magic. Natividad’s twin Miguel must prove that an ordinary human can be more than a burden to be protected. And even at Dimilioc a Pure girl like Natividad cannot remain unclaimed to cause fighting and distraction. If she is to stay she must choose a black dog mate.

But, first, they must all survive the looming battle.

(Black Dog was originally published by Strange Chemistry in 2014)

“Once more, Neumeier has produced a cracking, satisfying read … If you enjoy urban fantasy and relish something different, track it down – you’ll be thanking me if you do…”
– Sarah Higbee, Brainfluff

“Black Dog has so many elements I look for in my favorite books: strong characterization, deep and layered relationships, rich setting and world-building, and an intense plot that doesn’t shy away from the darker elements it explores. It is going on my favorites shelf and will be one I revisit again.”
– Brandy, Random Musings of a Bibliophile