The Griffin Mage Trilogy, Book One 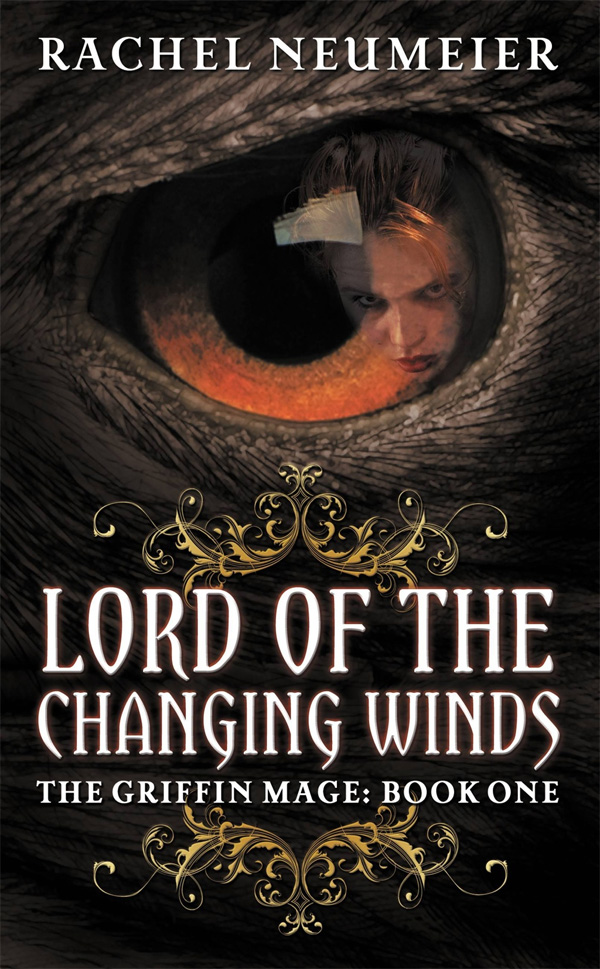 Fire fell from their wings, and the ground beneath them burned …

The desert winds have come to the village of Minas Ford. Griffins, creatures of fire, have appeared in a burning haze – searing the sky a blinding white and scorching the earth to parched, barren sand. These majestic beasts, half-lion, half-eagle, spread the arid desert wherever they roam.

Iaor, the King of Feierabiand, will not tolerate the destruction of his people’s farmland. He means to drive the griffins from his domain – whether by negotiation or brute force.

But not all those who encounter the griffins fear them. Kes, a timid village girl, is summoned to heal the King of the Griffins himself. She will discover her affinity with these creatures, and come to realise that the menace they flee is even more deadly than the blazing fires of the desert.

Other Books in This Series:

2. Land of the Burning Sands
3. Law of the Broken Earth 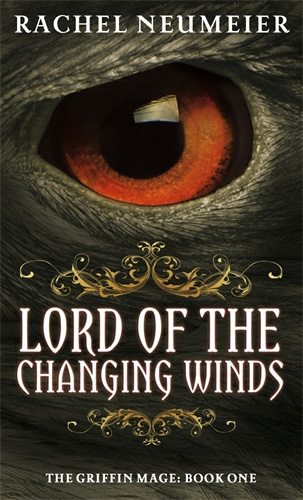 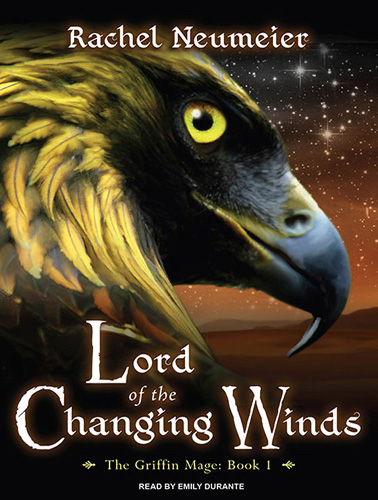 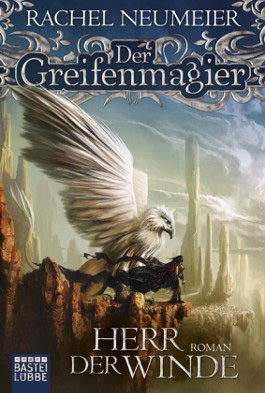 Discuss and Review Lord of the Changing Winds at GoodReads.com

“The world that Neumeier builds for her griffins is so beautiful, and presented in such a well-paced manner that this book will grab you instantly, and hold you, without any of those ‘here’s the oh-so-dull history of this land’ moments that seem to pop up regularly in high fantasy.”
– Heidi, Bunbury in the Stacks

“Lord of the Changing Winds is basically a dragon book, with griffins. I mean this in the best way – I love dragon books, and Ms. Neumeier’s take on fantastical creatures (especially the winged, fire-driven variety) is a memorable one.”
– Thea, The Book Smugglers

“A great premise [and] the griffins are stunningly described. The author does a fantastic job of making the fire loving beasts come alive.”
– Lisa Parkin, Fantasy Faction

“It is a nice read with lots more focus on character and relationships than battle scenes. Lord of the Changing Winds is a story of opposites working for and against one another, and of one woman’s quest to find her place in this world of magic.”
– John Ottinger III, Grasping for the Wind

“Neuemier has opened up a new sub-genre of fantasy in her dealing of the griffin mythos, which is no mean feat. There is also massive potential for the second and third novels. A commendable beginning to the series.”
– Jamie Gibbs, Mithril Wisdom

“Neumeier writes with a rich, readable prose that supports the “otherness” of her fantasy world and it is definitely a novel I will be adding to my collection.”
– Terri, Starlight Book Reviews

“I don’t read a great deal of fantasy and I’m particular about the sort of fantasy I read but I enjoyed this immensely. It starts a little slowly as the author builds her fantasy world but once the action begins it’s a very exciting page turner.”
– Angela Renee, Royal Reviews

“I enjoyed the dreamy alieness of the griffins and the internal struggles of the individuals in this story … It’s a well-written and interesting world”.
– Janicu, Spec-Fic Romantic

“Lord of the Changing Winds is recommended for fans of griffins, Mercedes Lackey and/or elemental magic.”
– Thomas Scofield, at Rob Will Review…

“I absolutely loved one thing about this book. (Besides those wonderful griffins that is.) It does not read like a trilogy. This story had a beginning, a middle and an end. A conclusive end. I thought I had died and gone to that great library in the sky. This is a rare and wonderful thing indeed.”
– Mulluans, Dragons, Heroes and Wizards

“Besides the use of the griffins, another outstanding area in this novel was that of the characters. While the characters aren’t overly detailed or complex they are emotional and intriguing. I wanted to know what happens to them, or what decisions they made.”
– Cindy, Fantasy Book Critic

“From the very first pages, the story of Lord of the Changing Winds has unfolded in a spectacular way, turning this novel into an absolute page turner, with numerous fascinating feats. One of these feats is, without a doubt, the use of Griffins. These creatures have never interested me much, but seeing them in this world, I can’t believe how wrong I was.”
– Stephan, Ranting Dragon

“Lord of the Changing Winds is different to anything I’ve read before. It made me think on a new level and this might have took away some of the joy in just reading for the pure joy of reading, but it got my brain thinking and it took me to a place I’ve never been before. Anyone looking for a new fantasy world to immerse themselves in should give this a go.”
– Andrea, Book Chick City

“Highly recommended, great way to escape and go on an adventure for a few hours.”
– Shelf Worn

“…this is a fantasy novel of strong depth and a welcome assuredness, and one that is definitely worth recommending to genre fans as something bright and fresh.”
– John Lloyd, The Book Bag

“If you’re a fan of Anne McCaffrey, Robin McKinley, or Andre Norton you’ll see their influence in Neumeier’s writing. It has much the same straightforward storytelling, use of mythological creatures, and lyric writing. – See more at: http://elitistbookreviews.blogspot.co.uk/2010/12/lord-of-changing-winds.html#sthash.3w1FejGb.dpuf”
– Vanessa, Elitist Book Reviews

“A theme running throughout the trilogy is the importance of trusting people with the freedom to make their own decisions, even if you may not like the result. The plot of Lord of the Changing Winds is full of difficult moral choices, so if you like your Fantasy to be subtle and complex, this could be the trilogy for you.”
– Geraldine, Fantasy Reads