From BookRiot, this older post by Anmanda Nelson, about YA and adult fantasy titles that go well together, in the sense that if you liked this, you should perhaps try that.

As it happens, though, I haven’t read any of the titles Amanda picked. Well, okay, yes I have: I’ve read Sabriel, but I had to look twice to notice because that’s the only one; it was a long time ago and I must admit I don’t remember anything about it. Yes, I know, lots of people love Sabriel. Someday I will probably re-read it. Let’s see, okay, her choices were:

The Agency series by Y.S. Lee and The Fair Fight by Anna Freeman

Complicit by Stephanie Kuehn and Sharp Objects by Gillian Flynn

Most of them, I don’t think I’d want to read, based on Amanda’s descriptions.

I found this set in particular an interesting contrast:

Lee’s Agency series follows Mary, a young thief in Victorian England rescued from the gallows and trained to be a female private investigator and spy. Her job places her in a number of situations a lady wouldn’t normally find herself in- a similar theme in The Fair Fight, a brilliant novel about female bare-knuckle boxing during the same time frame. Ruth and Mary are both poor, outcasts, and take to untraditional livelihoods to stay afloat. The adult-ness of the Freeman book means it’s dirtier and grittier (and has much fouler language), so it’s easy to pick which one you want to read based on how much dirt you want under your nails.

The first sounds like a story I would like. The second, not so much. I can see why Amanda paired them off, but I’m not sure the pairing works terribly well for me.

But it’s an interesting idea! Even though I don’t really believe in the actual YA category as such, here are five YA titles I particularly love:

The Scorpio Races by Maggie Stiefvater

The Dark is Rising by Susan Cooper

The Tiffany series by Terry Pratchett

And what the heck, also:

Now, what adult titles would you pair with those? Here are my suggestions:

The Scorpio Races . . . Rider at the Gate by CJ Cherryh. Why I picked it: In both cases, this is a far cry from the typical wish-fulfillment magical horse of fantasy. Rider is by no means my favorite CJC title, but wow, the predatory horse thing is even more intense than in Stiefvater’s book. I may never read the sequel again . . . unless she writes a third book . . . but I will certainly read the first one again; it stands alone fairly well.

The Dark is Rising . . . The Anubis Gates by Tim Powers. Why I picked it: I was thinking about books with a time travel element, but with a more immersive feel than Connie Willis’ Blackout/All Clear had for me. And Powers is a spectacularly gifted writer, even if he’s not one of my personal favorites.

The Queen’s Thief … The Magic’s Poison series by Gillian Bradshaw.  The main character of Bradshaw’s trilogy is not a thief, but he is a bona fide Great Man, a genius stateman who is concerned above all with hammering out a good political outcome for his people despite terrible odds against that happening. Actually, yes, there’s even the same kind of plot twist, in a broad sense. Bradshaw’s series takes longer to get going, but is deeply rewarding for readers who stick with it.

The Tiffany series . . . the Sam Vimes series. Is it cheating to pick another series by the same author? And I grant you, this series, at least once you get past the first one, probably appeals to practically everyone.

The Floating Islands . . . The Raksura novels (and stories) by Martha Wells. Flying! People! I am pretty sure I would have LOVED the Raksura novels whether I’d first read them at fourteen or forty, but they jumped out at me for this comparison even though I think many younger readers would love them. 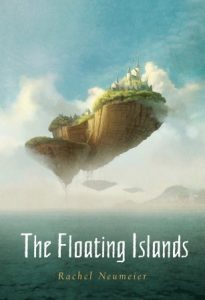 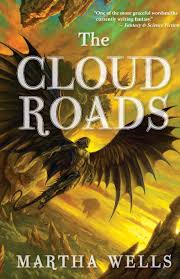 Okay! What is your favorite YA title? And what adult title would you suggest might appeal to readers who like that YA novel?

This post is based on one from a few years ago — I’ve fiddled with it a bit and I’m reposting with (if it worked right) the comments that originally went with this post.

4 thoughts on “YA/Adult pairs of books”