YAY, I said, because one of the tiny items that drives me crazy in modern usage is the common “almost as if” and “almost as though.”

What is that even supposed to mean? ALMOST as though?

“It’s ALMOST as though my dog is happy to see me.”

“It’s ALMOST as though he thinks telling me how he feels is going to convince me that his opinion is right.”

No. No no no. It’s actually AS THOUGH, it’s not almost anything.

“Oh, look, Lassie is barking and running back and forth between us and the gate! It’s AS IF she wants us to follow her!” There’s no almost about it, no matter how slow on the uptake Lassie’s people happen to be.

There’s another issue I have, very similar, one that you see ALL THE TIME in modern America:

I have seen “beginning to” and “starting to” used in literally hundreds of essays where the author was referring to something that had been going on for decades. Beginning my left toe. The beginning was back in the 1980s, if not earlier. The author does not mean beginning. He or she might possibly mean strengthening, but probably what is meant is not “people are beginning to see this” but “people now universally acknowledge this to be true.”

Anybody would think almost and beginning have subtle meanings that are just too much for our brains to handle. But we know perfectly well what almost means, and we know what starting and beginning mean. How about reserving those words for sentences where they are actually applicable?

And three cheers for Gilman, who said what she meant, that it was as though such and such, not almost as though anything. 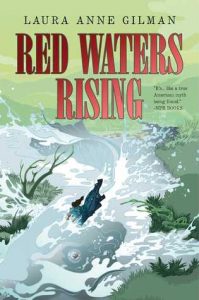