At tor.com, a post by Kameron Hurley: Five Books That Will Restore Your Faith in Humanity

Humans can be good.

So here are a few pieces of uplifting speculative fiction that emphasize our collaborative greatness over our despair. Our passion for creation over destruction. Our struggle to become better together than we are individually.

Kameron Hurley’s books have always sounded too grim and gritty for me, sexual torture in The Mirror Empire and so on. Perhaps I should try something else of hers, though. This is certainly a theme that appeals to me. Let’s see what she picked out:

[T]he first book in Newman’s series of loosely-connected books about a future where a prophet forms a cult that works together to reach a far-off planet where the prophet believes an alien entity has called to her.

This is a winner of a book for anyone who liked Firefly, and for fans of Becky Chambers.

Well, that sounds promising. Adding a sample to my Kindle … now. There.

One of my favorite surprise discoveries of the last few years, Dark Orbit is old-school science fiction at its finest. This “science saves the day!” plus “sense of wonder!” standalone novel features a smart, capable scientist who must use her wits to survive. Alien contact, mystery, murder, wondrous landscapes and breathtaking discoveries …

4. River of Teeth by Sarah Gailey.

Got a sample already. Still haven’t read it, despite the hippos.

5. The Cloud Roads by Martha Wells.

That’s a particularly delightful choice because, of course, there are no actually human characters in this world. But hey, they’re human enough for the story to work, so why not?

I do think this is a good choice, but for this particular theme, I would have picked “All Systems Red.” In that one, the whole plot depended completely on the Murderbot becoming reluctantly attached to the humans it had been sent to guard, even though it really didn’t want to care about them. The niceness of the humans in question was critical to forming this attachment, so I think this novella would have been a perfect choice for this list.

Incidentally, after the four Murderbot novellas, an actual Murderbot novel will be published, so that’s great news for all us Murderbot fans. I just saw the announcement from Martha yesterday on Twitter. Excellent news!

Now, it’s hard to beat the Murderbot novellas, but what other books strike me as particularly good for a list where people, or most people, or at least a lot of people, are decent, kind, nice people? The kind who restore your faith in humanity? There are surely plenty.

6. How about something by LMB? Practically anything by her, but I will pick out the Sharing Knife series because so many of the people in that series are just normal, decent people who occasionally get swept up in brief dramatic events. Of course various relatives have their failings, especially on Dag’s side. Well, on both sides. But practically everyone in these stories is a good, decent person doing the best they can.

7. I’d add the Crown Duel / Court Duel duology by Sherwood Smith to this list. The bad guy is bad, I guess some of the people on his side are bad, but basically a whole lot of good, decent people all over the place. They may misunderstand each other, they may be very different kinds of people, but one way or another, they are almost all good people. Plus willing to go to a lot of trouble and take a lot of risks to make the world a better place.

8. Oh, hello, The Goblin Emperor by Katherine Addison. Surprised it took me that long to think of it. Super-obvious choice.

9. I’m going to toss The Keeper of the Mist in here too. 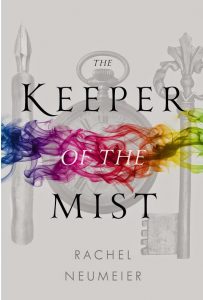 Lots of ordinary people doing their best in this one, too. Plus, yes, at least one person who is not exactly doing *his* best, but hey.

10. Just thought of a whole bunch all at once, so here we go — The Secret Garden / The Little Princess / Charlotte’s Web / Little Women. The Below the Root trilogy by Zilpha Keatley Snyder. The Lion, the Witch, and the Wardrobe. Here’s a more recent one: The Dragon With A Chocolate Heart by Stephanie Burgis.

Apparently I needed to think of MG books and then the titles just poured out.

What’s a title you’d add to a list of Books That Will Restore Your Faith in Humanity?

4 thoughts on “Books that will restore your faith in humanity”