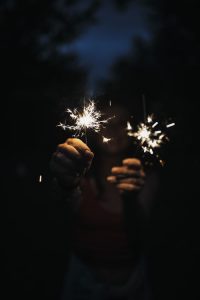 I admit I did absolutely nothing involving fireworks. I didn’t even make a cheesecake with strawberries and blueberries, which I believe I did last year. I used to love fireworks as a kid, though. I bet those of you in America, who also have smallish children, probably went to a fireworks display. I hope you all had great weather and a lovely display of colorful explosions!

I wrote 3000 words, well above my daily average. Too hot to take the dogs out except at dawn, which is useful for keeping one’s nose to the grindstone and shoulder to the wheel, I guess. My WIP is up to, I don’t know, about 270 pages. I could finish the first draft by the end of the month, except I have rather a lot going on this month, so probably I won’t, quite. I am certainly at the stage — smack dab in the middle — where multiple other projects are absolutely seductive by contrast. I sort of know where I’m going, at least, but I’m not sure I quite know how to get there.

Very complicated world. Not sure I’ve mentioned it here? Pretty sure not in detail.

I drew on inspiration from Liz Williams’ Singapore 4 setting and layered the world. Other than the layering, there’s no resemblance.

The world has thirteen tiers (I think. So far.) You can travel up and down through the layers depending on how many kui souls you have — I guess you might have up to thirteen, but some of them are too powerful and I think they would probably kill you. Matters get even more complicated because you’re supposed to have nothing but human kui souls, but on rare occasions someone might have the kui soul of some other kind of creature, like a tiger or a dragon. They would still be essentially human because their essential quu soul is human, but having the kui soul of some other kind of beast has ramifications, especially if that soul is from one of the tiers of the world farther away from the mortal tier.

One of my protagonists has only one kui soul, but it is the kui soul of a tiger from nearly the most distant realm possible. This is a tough situation for her, but let me tell you, all her problems have to be big, because the normal kinds of problems a woman in this world faces are just completely irrelevant for this protagonist.

The other protagonist has a whole lot of kui souls, more than he realizes at the beginning.

Plus there is other stuff going on about their common background, but I’m not sure yet what that comprises. It will come to me eventually. I hope.

Lots of complicated worldbuiding, as you can see. Plus the essential base setting has a SE Asian ecology, but the other tiers are very different. I would like to travel about more in the world, but not sure at this point if that’s going to happen. My protagonists haven’t gotten too far from home at this point and I have no intention of letting this turn into a 190,000-word book, not even as a first draft. I’m aiming for a reasonable 120,000 as a final draft and hope not have to cut too much to get there.