This is a question asked by Jill Zeller at Book View Cafe. Who is your favorite character of all time? Who is, at least, in your top ten?

Click through if you have time and check out Zeller’s choices. From her choices, I would probably overlap for Temeraire. Not sure I would have picked any of the others. I would imagine that given the enormous world of books and disparate reader tastes, no one is going to overlap all that much. Especially in a truly impossible task like this.

When I saw this question, I immediately thought of mostly characters I first met pretty recently, say in the past ten years. But when I try to think back to my teen years or before, I can think of some strong contenders there as well. Narrowing wonderful characters down to a top ten … I don’t know, it’s probably impossible.

Here are a handful of contenders, though, in roughly the order in which I thought of them:

1) Tremaine from The Fall of Ile-Rien

2) Maia from The Goblin Emperor

I bet no one is surprised by these, right?

3) Sarah from A Little Princess

4) Hazel from Watership Down

There, what about those? I bet mostly you didn’t see those coming.

5) Cassandra from The Touchstone Trilogy. Also Kaoren Ruuol. Also practically every lead character in all of Andrea K Höst’s books. I’m doing a lot of re-reading this year and now, after this post, all her books are calling my name. Again.

6) Morgan and Raederle in The Riddlemaster trilogy.

7) Marcus in the Shadow Campaigns series. He was not the most compelling protagonist for me — That was Winter, so sure, her too. But Marcus was the most admirable character in the series.

8) Number Ten Ox in Bridge of Birds and the others in that trilogy. Also Master Li.

You see I’m going back and forth in time as I pick characters. I can’t help it. First it seems unfair to focus just on more recent books, but then ridiculous to try to ignore books and series published recently in order to emphasize early reads. In trying to do both, I’m probably unfairly ignoring books published about twenty years ago.

Also, you have probably noticed that once I started adding more than one character per slot in this top ten list, it was hard to stop.

I’m feeling a bit paralyzed since I only have two more slots to go and a near-infinity of potential choices.

9) Rowan from The Steerswoman series. Also Bel, the Outskirter. Also Will and his rediscovery of the scientific method as applied to explosives. 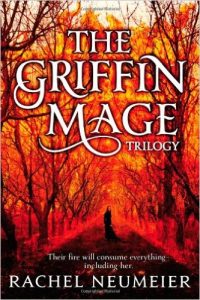 Science-y protagonists in fantasy settings are hard to beat, for me.

Okay, who’s a fabulous character I should absolutely have remembered?

14 Comments → Who is your favorite character of all time?