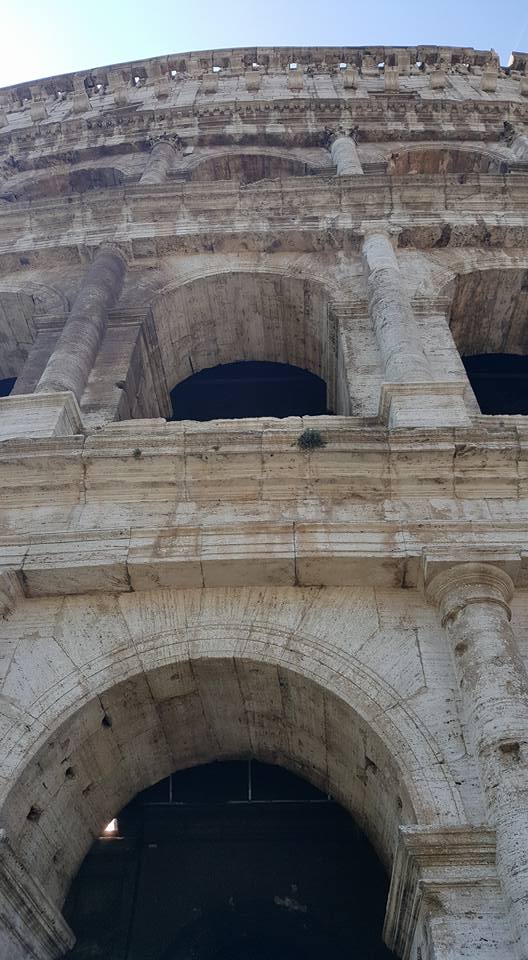 I’m home! As you may have gathered, internet access was not great during the cruise. The ship apparently had WiFi, but (a) it was expensive and (b) I couldn’t really get it to work very well anyway. I was only able to connect easily when in Barcelona.

So thank you all for visiting and commenting while I was out of touch! I appreciate it and I hope you found the scheduled posts entertaining. I scanned through the comments briefly once I had access, and I will now read them more carefully.

Also, I am beginning to sort through the many pictures I took during the trip, so you can expect to see some of those in the near future. I was more interested in getting a general feel of the towns and cities than photos of the spectacular buildings, or I though I was, but I sure took a lot of pictures of spectacular buildings too. A few general comments:

1) Really, why not ditch modern architectural styles and go back to classical Hellenistic styles? It’s pretty sad we have such marvelous examples of beautiful buildings and yet continue to built soulless cubes and rectangles all over the place.

2) My, Medieval cities were crowded. Beautiful, but crowded. Tiny narrow streets, multi-story buildings that mostly share walls … I knew that, but I know it better now.

3) Gosh, the Mediterranean climate is dry. I knew that, but again, I know it better now. It’s quite remarkable, seeing all those beautiful white towns of Santorini spilling across and down the tops of basically desert islands. They must have had quite a system for cisterns and water collection before they had desalinators.

4) Wow, is there ever a lot of oleander used in the landscaping. I hope parents in those regions have quick reflexes if their tots try to eat a flower or something.

Rome. We had an amazing tour of the Vatican.
Venice. We had an amazing tour of the doge’s palace.
Croatia, Diocletian’s palace. Not quite as amazing as the doge’s palace, but that’s setting a high bar. It was amazing enough.
Lucca. Surprisingly, the town of Lucca stood out as a delightful and somewhat less touristy place to visit.
Pompeii. I wish I could have taken the whole day just to wander through the ruins and think about what life was like in that city all those years ago.
Santorini. Again, I would have liked to have a much longer time to wander through the less touristy areas. Super crowded, the bit we explored.

And, of course, in general, the amazing architecture.

Still, though the trip was great, I’m very glad to be home. No huge disasters while I was gone, but Pippa does have an appointment for my vet to look at her eye — she has been squinting for a couple of days, though my mother started her on the eye drops I keep on hand for this problem.