Naturally this is a topic that comes up from time to time, as readers of taste and discernment obviously like stories that emphasize great sibling relationships. Also, I thought of it because Lili just posted this review of The Mountain of Kept Memory at her blog Utopia State of Mind, in which she said, “The relationship between the two siblings … is at the heart of the novel, and only strengthened by the dual perspective. Both of them stand so well on their own – having their own quirks and weaknesses – but together they are stunning.”

So that’s satisfying! Also, doesn’t that immediately make you want to list off other SFF stories where sibling relationships are central? Well, it does me, so:

1) The Mountain of Kept Memory, which gets to go first because after all it sparked this post.

3) Before we leave my personal books, one more: House of Shadows. In the sequel, Door Into Light – which I still expect to bring out later this year – we will see a little more of some of many sisters mentioned in the first book. 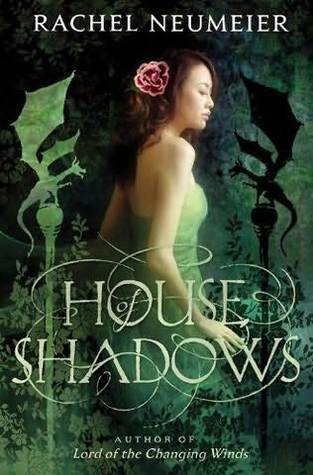 Plenty of room left for authors who aren’t me! Onward –

4) The Demon’s Lexicon trilogy by Sarah Rees Brennen, which is just about the first story I think of when I think of siblings. I love Jamie and Mae so much, and if you take Alan and Nick as brothers, which I do, then you’ve got two wonderful sets of siblings in this trilogy.

5) Triss and Pen in Cuckoo Song by Frances Hardinge. I really love sibling relationships that are strong and positive from beginning to end, but I also love relationships that start off negative and then go through a 180 degree turn as the story progresses. (The other way around, no. That I would hate.)

6) Nevada Baylor and her sisters Catalina and Arabella, plus her cousins Bernard and Leon, in Ilona Andrews’ Hidden Legacy series. The wonderful family dynamics is one reason this is my favorite Ilona Andrews’ series.

7) Medraut and Lleu in The Winter Prince by Elizabeth Wein. A difficult but ultimately fulfilling book for me.

8) Cat and Bee in the Spiritwalker trilogy by Kate Elliot. They’re cousins, but they were raised as sisters and anyway, you don’t have anything against cousins, do you? Okay then.

9) In Crown Duel and Court Duel by Sherwood Smith, Meliara and Branaric are quite different from each other and play off against each other quite well. I admit I did not really like Meliara until she grew up a little and got a clue, but by the end I liked her a lot.

11 thoughts on “Great Siblings in SFF”