It’s practically axiomatic that the greatest sin anybody can possibly commit on a farm is to fail to close the gate. Right? I’ve known that all my life. I think I was born knowing that!

Well, on Saturday evening, I got home, let the dogs out, prepared their supper, let the dogs in, called the laggards (“All good dogs can come have supper!”) and … the youngsters did not come in.

Of course sometimes they are busy digging holes or whatever so I called again. Then I went and looked. No dogs out in the main part of the yard. Then I went and looked around the corner. No dogs at the back of the house … but Leda standing by the wide open gate, looking up at me. (“Did you say something about supper?”) It turns out a guy had come over to do stuff in the yard, and he had failed to latch the gate.

This left Conner and Kimmie missing. 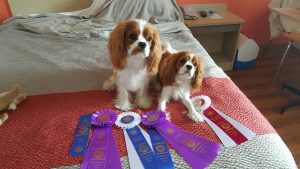 … all in one breathless rush, exactly as expressed above …

And saw two white tails waving about 100 meters away.

So I recovered something resembling wits and called the youngsters in a cheerful tone. Conner came bouncing toward me and Kimmie stayed exactly where she was (which turned out to be investigating a scattering of bones and feathers; I have never been happier to see the evidence of a hawk kill). I put Conner on leash and went and got Kimmie and came back to the house in time to tell my mother — who had run over in her robe and slippers — that everything was all right.

Then I posted vehement comments on Twitter and Facebook. Then I tried to recover my nerves, which took some time and required chocolate and much petting the dogs. 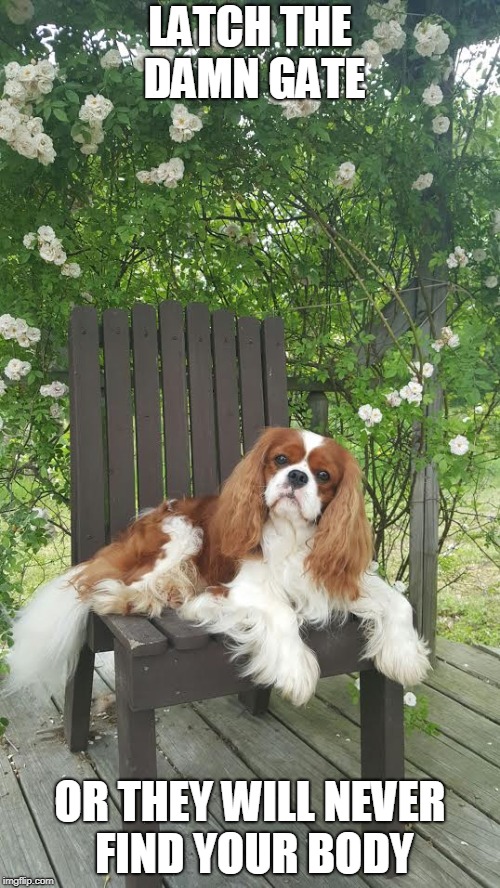