At Pub Rants, this: [C]onversations about high concept often end with I can’t tell you exactly what it is, but I know it when I see it. So instead of searching for a definition of high concept, let’s look at some of its features…

It is indeed a slippery term, not one on which I’ve ever felt I had a good grasp. Let’s see what characteristics Danielle Burby, Kristen Nelson’s colleague at Nelson Literary Agency, has come up with:

1. Unique idea that makes the agent or editor say Whoa, a story like this has never occurred to me!

2. The idea is also easy to pitch in one or two sentences.

3. The idea is one that will appeal to a wide audience.

5. The story prioritizes action and plot over character and introspection.

…. Okay, click through to read Burby’s comments about these features.

What I’m getting, when I try to think of examples, is stories that probably involve everything but (3). In other words, SF or F stories.

I just doubt that SF and F will have as easy a time breaking out into a wide audience as, say, thrillers (or, I guess, erotica). I suspect that any story set in a less familiar world is going to have a harder, more uphill battle to appeal to a wide audience. Don’t tell me about GAME OF THRONES. Without the TV show, the books alone would never have turned into a phenomenon. Fantasy subgenres with more familiar settings — ie, UF and Paranormal — are a whole lot more likely to be popular than other SFF subgenres, especially since they pick up a subset of Romance readers.

Despite this uphill struggle for widespread appeal, here are some SFF works that seem high concept to me:

SEVENEVES by Stevenson. Big Whoa moment, easy to pitch (The moon shatters, wiping out nearly all life on Earth; the human species is re-founded by just seven women), hugely dramatic, super high stakes, and — yep — it prioritizes plot over character and backstory.

CLASH OF EAGLES by Alan Smale. Legionaries from a Rome that never fell march into North America and meet the native Cahokians — who have hang-gliders! The stakes are pretty big, but I will say, there is a lot more emphasis on character than in the former example. Though not a lot of backstory.

TEMERAIRE by Novik. The Napoleonic War — with dragons! Very easy to pitch. Pretty high stakes, plenty of action, but again a fairly heavy emphasis on character. Does this tend to contradict point (5) above, or are these character-driven but also action-heavy stories not really high concept? I think they are pretty high concept and so I’m not sure I agree with point (5). 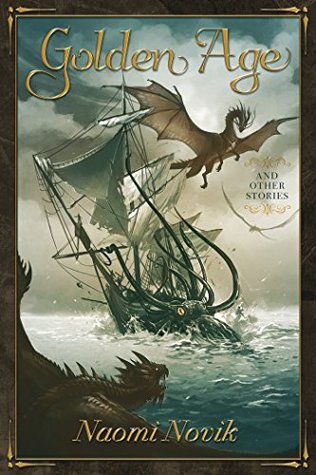 These were just off the top of my head. What else seems like an obvious contender for high concept within SFF? Can you think of one which really broke out into a wide audience, beyond the norm for popular SFF books?

5 thoughts on “What is High Concept?”