Here’s an interesting post contrasting the concepts of “good” writing vs “talented” writing.

If you start with a confused, unclear, and badly written story, and apply the rules of good writing to it, you can probably turn it into a simple, logical, clearly written story. It will still not be a good one. The major fault of eighty-five to ninety-five percent of all fiction is that it is banal and dull….Good writing is clear. Talented writing is energetic. Good writing avoids errors. Talented writing makes things happen in the reader’s mind — vividly, forcefully — that good writing, which stops with clarity and logic, doesn’t.

I like this distinction. Good writing is clear. That’s the level we would like to see all our English Comp students reach. It’s impossible to over-exaggerate how far from some student writing can be, and how impossible it is for a student to improve his or her writing if the student can’t see that the sentences don’t make sense.

But talented writing makes things happen in the reader’s mind. Aren’t there stories you read where you have a powerful reaction to them, but you aren’t sure what happened? Or the story does not make sense, but you find it effective anyway?

I’m thinking here of a lot of Karen Joy Fowler’s stories, which I read last fall. For example, “Pelican Bar” — here is an online version if you’re curious. This is a fine example of a story that is effective even though it is utterly implausible. If you read it and think it *is* plausible, I think that’s because it was effective in causing things to happen in your mind. Step back and think about the story again and most likely you’ll see why I call it utterly implausible.

KJF’s work often struck me as being poetry in the form of prose, because this is how poetry works for me — by being effective without necessarily making sense.

How about these comments from other authors:

Virginia Woolf knew subtlety was the key to craftsmanship when she counseled that “we have to allow the sunken meanings to remain sunken, suggested, not stated.”

“All bad writers are in love with the epic,” Hemingway admonished.

I would personally argue that plenty of good writers also like epics, but fine, I get that we could take that to mean that a story doesn’t have to be linear or simple in order to be effective, which is clearly true. I have never (should I admit this?) read anything by Virginia Woolf, but I like the idea of leaving sunken meanings sunken. It reminds me of Emily Dickenson’s line “Tell all the truth, but tell it slant.” 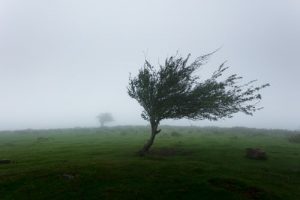 Anybody got a great example of beautiful, effective SFF writing that is not clear? As far as I’m concerned, Patricia McKillip often falls into this category, where generally the ending (but sometimes a scene in the middle) of one of her books is just baffling. Beautiful, but baffling.