I have fallen in love with this word. It’s my new favorite taxonomic family! I mean, just look at that! Scansoriopterygidae. It practically tumbles off the tongue. Scan-sori-opteryg-gidae.

I happened to google “classification of maniraptoran dinosaurs,” as you do, and stumbled across this family — either I never encountered it before or (more likely, probably) never noticed it. Whatever, Scansoriopterygidae is my new favorite. I hardly have to look to spell it right. (Don’t challenge me on this just yet.) Not only do I like the name, but the extremely elongated forelimbs are just so weird. Therizontisaurs also had big forelimbs, but those are much heavier bodied and thus not so weirdly unbalanced looking. Here’s a picture that includes a possible scansoriopterygid, though as you can see the point of the image is the controversy over the placement of a different animal. 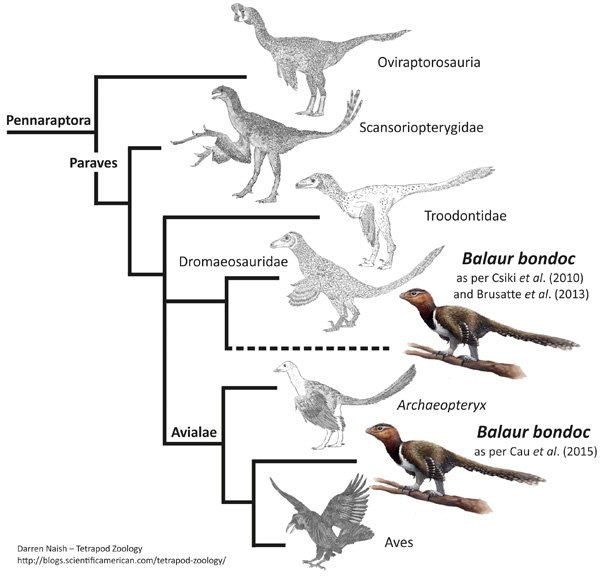 These were teensy little dinosaurs, sparrow-sized to pigeon-sized. They were probably arboreal; they seem to have been good climbers and probably glided. There are some suggestions they had webbed wings like pterosaurs as well as feathers; that’s why they had those very elongated digits, especially the third finger, which was not usually elongated in maniraptorans. Some authorities apparently consider them even more closely related to birds than are dromaeosaurs and troodons. The image above shows a different taxonomic theory, placing the scansoriopterygids as a basal group of the Pareves clade. Wherever the scansoriopterygids eventually wind up in the maniraptoran clade, they’re pretty fantastic.

Here is the best article I saw about them.

Here is the best bit from the article:

Peculiar to all other non-mammlian volant vertebrates, a bony spar appears to be present attaching to the wrist and is related to carbonized material distinct from preserved feathery filaments that suggests a membrane around the arm. This is a very exciting, and wholly unexpected conclusion. For a while, we’d assumed that maniraptorans retained a basic, if size-variable, model for their arm. But Scansoriopterygidae, beginning with Scansoriopteryx heilmanni (as Epidendrosaurus ningchengensis), revealed that the typical digital model and limb construction was more variable than thought.

I love creatures that follow a different drummer. Good for little scansoriopterygid Yi qi and its mysterious forelimb structures.

Here are some more guesses about how they might have looked: 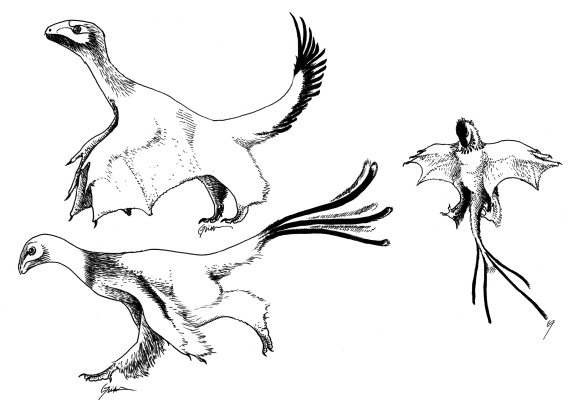 Plus they have a great name.