This caught my eye because one of the series selected by the author of the post, Adrian Liang, is Wexler’s Shadow Campaigns series. I’m on the fourth book right now, and it is indeed a delightful series to read straight through. Long books though, not especially fast to read, so it’s kind of a project. Also, the first three books each wrapped up an important plot thread, so they can each certainly be satisfying read alone. I love them, but I would not say they stand out for inducing compulsive page turning; not nearly as much as plenty of other series; so as far as I’m concerned they don’t seem likely to induce compulsive binge-reading.

Of Liang’s other selections, I’ve read only the Vatta’s War series by Elizabeth Moon. I do like it, including the connected new series that’s ongoing (Vatta’s Peace), and I think that’s closer to a compulsive read.

My biggest problem with this series — both the first and now again in the second — is the intense stupidity of too many people. Things like, But how do we KNOW it’s bad guys who built this secret base and sabotaged our vehicle so we’d crash and also sabotaged every officer’s protective suit so you’d all die if you tried to wear them? I keep just looking at these people in stunned silence. It’s like, Well, gosh, if you all want to just sit here and assume these are nice people who will bring you hot cocoa in bed and apologize for inconveniencing you . . . I guess you could try that? Let me know how it works out.

It’s a bit as though there’s a stupidity-inducing mind-control laser directed at the whole galaxy, with only a handful of people immune. Not that the series isn’t fun! But if you read them all in a row, I bet you start rolling your eyes at the general stupidity, not to mention the strange, inexplicable hostility so many government officials seem to feel toward foreigners, and especially Ky Vatta.

Oh, looking again at Liang’s choices, I see she’s also included the Fallen Empire series by Lindsay Buroker. I did read the first book of that one, but as far as I’m concerned, it’s too similar to her fantasy Emperor’s Edge series to appeal to me. Same protagonists, basically; at least the male and female leads seem to be fundamentally interchangeable. On the other hand, the Emperor’s Edge series is pretty compulsive reading.

Well, anyway, moving on. This post made me instantly think of a handful of series that strike me as totally binge-worthy, in a compelling must-read-next-book-instantly-why-is-sleep-necessary kind of way. This is not the attitude epic fantasy series generally induce; epic stories are much easier to read slowly, without feeling deep deprivation if you must pause.

MUST HAVE THE NEXT BOOK NOW Series benefit from, I think, these characteristics: Fast-paced, quite a bit of action. Sharp, witty dialogue. Clever handling of tension, so that the reader is constantly wanting to read just the next little bit … and then the next after that … and so on.

I think series like this are more likely to come from UF, Paranormal, Postapocalyptic, and Military SF. That last category is a bit surprising to me, but when I think of the series I’ve found to be the most compulsive page-turners, Military SF series definitely tend to fall into that category. Big, sprawling epics, whether SF or fantasy, just don’t push the same buttons at all. At least not for me. Especially if they switch pov all the time; then I have to overcome the opposite tendency, a desire to stop when I reach the end of a favorite character’s pov section. For Wexler’s series, this means that any time the narrative switches from Winter to anyone else, I tend to stop for a while. This is true even though I like the other pov characters just fine.

Anyway, here are some of the series that most solidly hit my binge-reading buttons:

1) Ilona Andrews — Kate Daniels series. Magic Triumphs, the last book in the ten-book series (with associated other books and novellas), is due out this year. 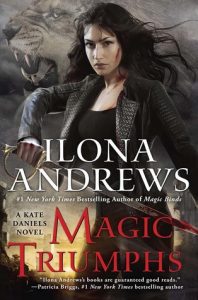 The first two in the series are not as compelling as the rest. But this is very much a binge-worthy series once you get into it. Frankly the Hidden Legacy series strikes me as even more compulsively readable, but there are only three books in that series so far, so it hardly even counts as a series yet.

2) Patricia Briggs — Mercy Thompson. Well done UF is just more likely to be compulsive than epic fantasy, imo. There are ten of those as well. I really liked the latest, Silence Fallen. 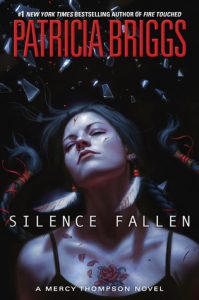 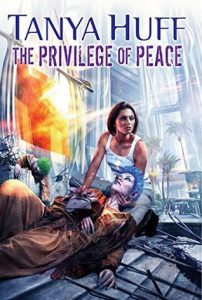 4) Kaufmann and Kristoff — the Illuminae Files. EXTREMELY compulsive. Could be the most intensely compulsive books I’ve ever read — even though various aspects of the plot (every crisis but the kitchen sink getting clogged up, jammed into each book) make me roll my eyes even as I’m whipping through the books. 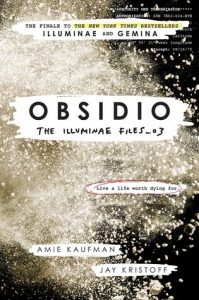 5) Myra Grant — Newsflesh trilogy. Talk about unbelievable plot elements! For Myra Grant, it’s (1) totally unbelievable giant conspiracies, and (2) eye-rollingly ridiculous magic cloning. . But for all my problems with the plotting, the books are totally compulsive. 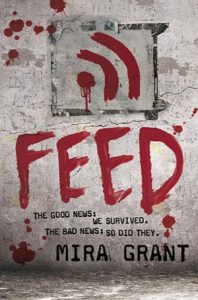 6) John Ringo — Black Tide Rising. The four books of this series offered just a great reading experience, even though I am usually a character reader and I wouldn’t say characterization is their strength. Some types of books are just more compulsive page-turners than others, and I’d say military SF has a lot to offer if you’re looking for that type of series. 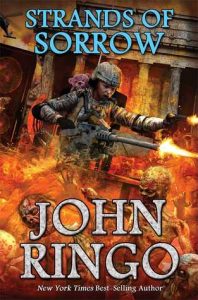