Some years I send Christmas Cards to everyone who has a puppy from me — everyone I haven’t seen recently, everyone where I want to make sure my dog (fine, their dog) is doing well. I’ve lost track of just a couple of my dogs over the years. People move and/or don’t answer Christmas cards. I do worry about those dogs. I hope they’re all right. But most people answer, some with a card in the mail but some with email.

I am always especially glad to know that the dogs I placed as adults are well and happy. It’s very difficult to place an adult. I know they must feel abandoned and confused and upset for a few days. But I think they genuinely have a better life than they would with me — they don’t have to compete for attention, and they never get left at home because it’s somebody else’s turn to go to the park.

The philosophy of a Cavalier is usually “If you can’t be with the one you love, love the one you’re with.” So they adjust quickly to new people and new routines. But I want to know they’re loved and cherished.

So here are some of the Christmas pictures I got via email this year that I particularly appreciated:

Dara, all ready for her Christmas trip to Florida: 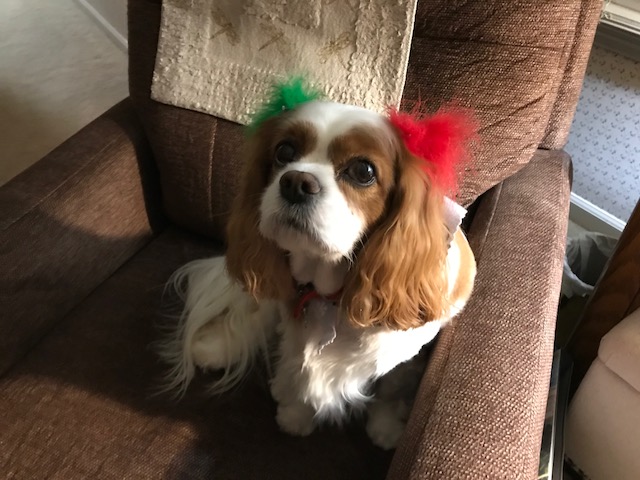 I do see Dara pretty often. She lives with her people in St. Louis, so she comes to Cavalier parties a couple times a year. She is always happy to see me, but she loves her home and probably she loves her winter trips to Floriday — she’s been with Jim and Linda for years. They are wonderful people. 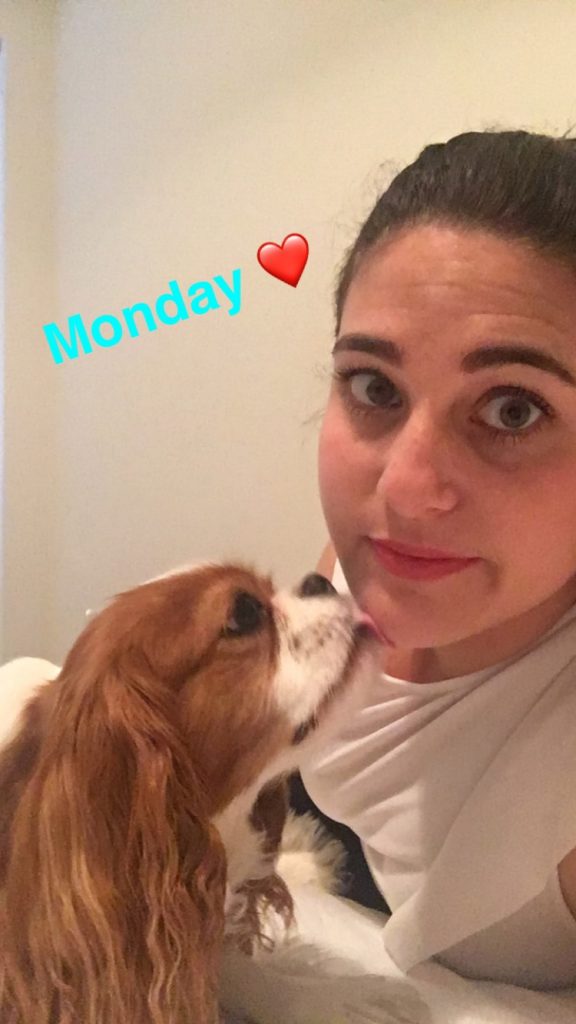 Pepper lives in Pennsylvania. I haven’t seen her in years. But I hear about her from time to time, and she is clearly happy and much loved. 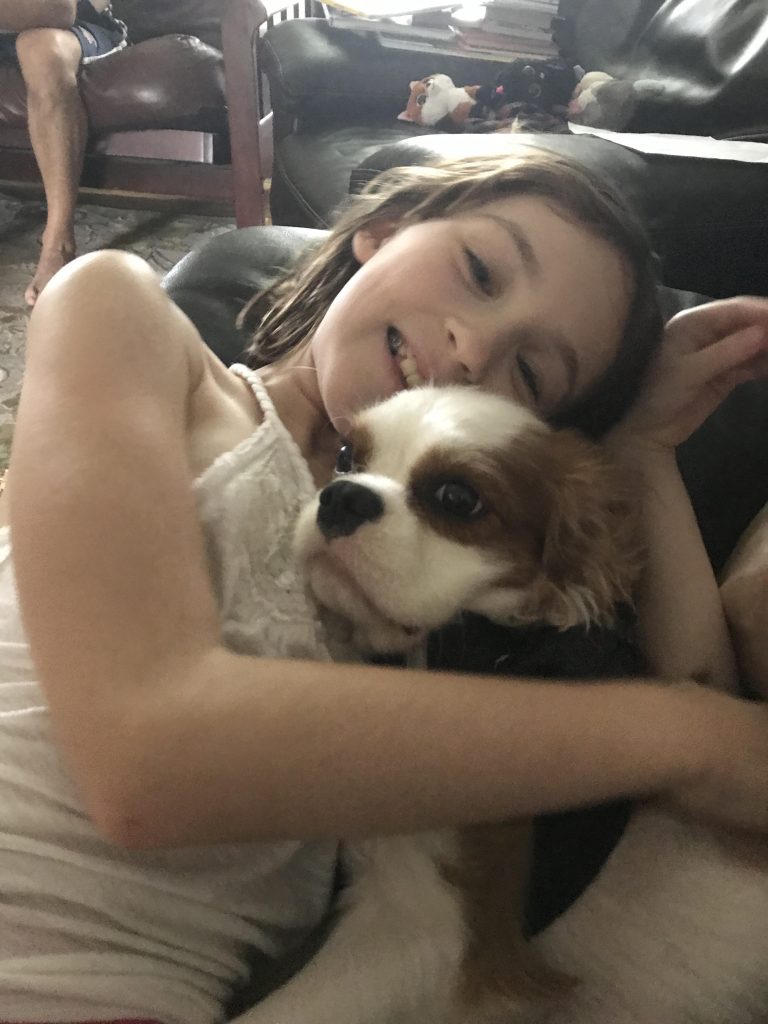 Jos was the dog I most wanted to hear about. I placed him only this past summer, and though I liked the family a lot, I always worry most the first year. But he’s doing great! You can see he’s got plenty of attention and love. I can see that even better, because they sent me lots of pictures. The one where Jos is wearing sunglasses is especially cool. But I love this one, where he is shown with his new little girl.

But this year, along with all these pictures . . . let me back up.

This past Sunday, I placed Honey in a new home, in a suburb of St. Louis. I liked the family a lot and I knew she would get plenty of attention and would do great. Honey doesn’t like to compete with the more high-drive dogs, so for example she can’t really play fetch with me very much unless I put Chloe and some of the others outside. She is happy with me, but I thought she would be happier in a home where she would be the center of attention. I still think so.

But this past Tuesday, early in the afternoon, she found a hole in the new fence — none of us had checked the fence thoroughly enough, which will be a lesson to us all, I’m sure — and off she went. She probably started by chasing a squirrel, but of course after just two days in her new home, she had no idea how to get back and no real bond to her new people, so no ability to recognize them if she heard them calling.

As you can imagine, I was frantic. I zoomed up to St. Louis — it’s a miracle I didn’t get a ticket, because I couldn’t keep my speed down — and helped scour the neighborhood. For hours. I also posted a LOST DOG alert on Facebook and posted Honey on two different lost pet websites.

Well. I liked Facebook anyway. But now I will pretty much be unable to say anything negative about it for the rest of my life, because a zillion people shared that post and seven hours after being lost, Honey was back with me.

She’d crossed two very busy roads — very likely in the dark. It’s a huge miracle she didn’t get hit. Several people posted that they saw her, but couldn’t get her to come to them. But at last a jogger got her and kept her for me.

Here is Honey, at the Creve Coeur Lakehouse, 2.8 straight-line miles from where she was lost: 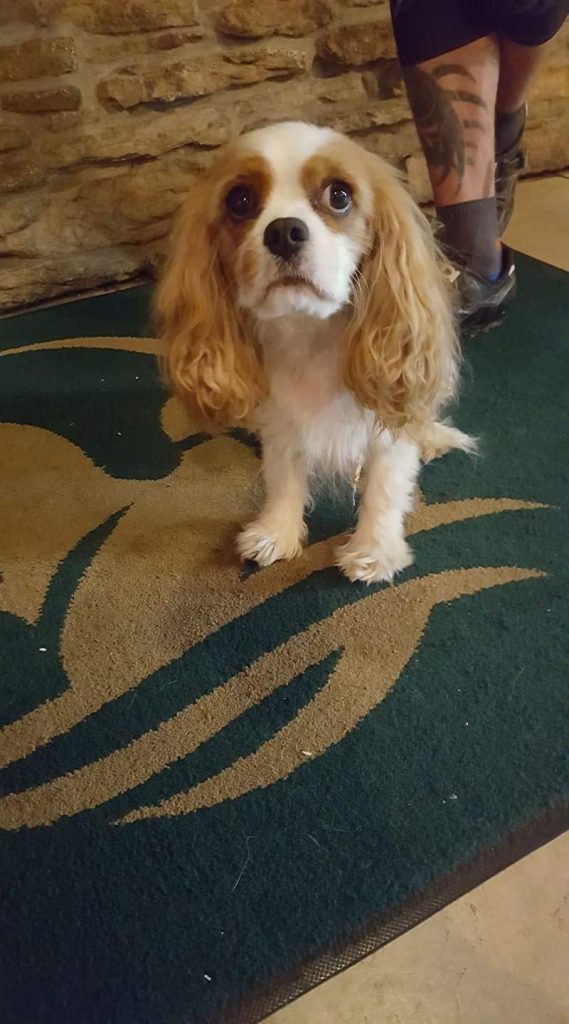 She was so upset she didn’t hear me call to her when I came in — she didn’t realize I was there until I touched her. You should have seen her then — she was so excited and happy. I could hardly let her think I would abandon her after all that, plus the yard at the new house was still not secure, so I took her home with me. We got home at nine that night. Then I lay there all night, shaking at the thought of what might have happened. The next morning I called her new family and said I was sorry, but I couldn’t let her go after all that. So Honey is back with me, at least for the near future. She is perfectly all right and cheerful.

Here is Honey Wednesday morning after her adventure. She was still pretty tired all that day. 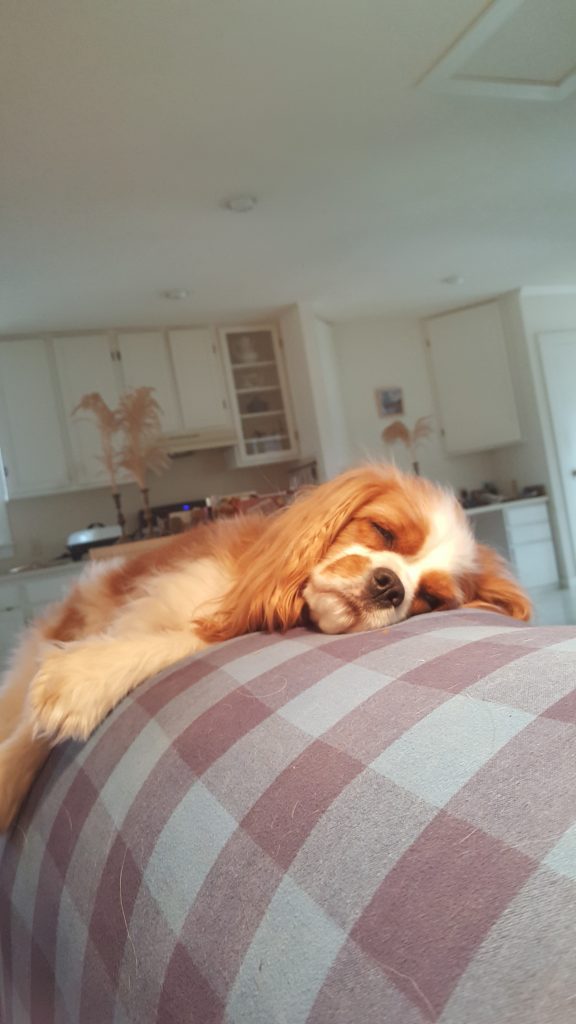 So it’s a very merry Christmas for me!

And I wish a very merry Christmas for every one who tried to catch Honey while she was lost, every driver who swerved or braked to avoid hitting her when she crossed Highway 141 and Olive Blvd, and most of all the jogger who rescued her and the staff at Creve Coeur Lakehouse, who kept their restaurant open till I could get there.

5 thoughts on “Best. Christmas. Ever.”