Here’s an interesting article at Publisher’s Weekly: The Accidental Bestseller — Editors tell us the stories behind their sleeper hits

Some books arrive labeled “can’t miss,” or have such a hefty advance that publishers do everything they can to assure that they won’t miss. But what about the sleepers? Those books that worked their way through the publishing pipeline quietly, launch with little buzz, and somehow find their way to bestseller lists anyway? Kate DiCamillo’s Because of Winn-Dixie had been abandoned unread in a box when an editor went on maternity leave and decided not to return. Dusted off and published by her replacement, it has sold 8.8 million copies.

Well, that’s a charming story. I mean, Because of Winn-Dixie and also this tidbit about its acquisition. Let’s see what other titles editors pick out as their favorite surprise bestsellers:

The Princess Diaries by Meg Cabot

Goodnight, Goodnight, Construction Site by Sherri Duskey Rinker … well, that’s certainly a cute title. I hear Goodnight Moon practically drives parents batty because their tots want it read to them every single night. Maybe those tots could be persuaded to mix it up with this one?

When You Reach Me by Rebecca Stead … yes, actually, this one is on my TBR pile. 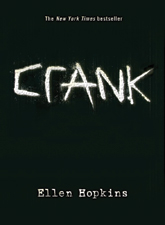 There are seven others listed, including the cute spy school YA title I’d Tell You I Love You But Then I’d Have to Kill You by Ally Carter, which I have read, and this one, which sounds truly intriguing:

Octavian Nothing: Traitor to the Nation by M.T. Anderson 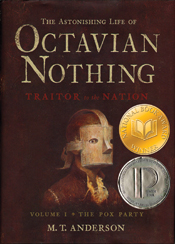 The editor says: “So when Tobin got up to the podium and read these words: “I was raised in a gaunt house with a garden; my earliest recollections are of floating lights in the apple-trees,” I was filled with a mixture of emotions, but mostly terror. There were at least two words in the first hundred that were completely unknown to me….I had thought before that evening that Feed would be the highlight of my editorial career. And yet here was Tobin, confounding expectations and moving from the dystopian future into the heart of American history—and again overturning conventional thinking, this time about the Revolutionary War.”

First, what could the two words be? Using the Look Inside feature at Amazon, I propose that Pentateuch might have been one. I can’t guess about the other.

Second, the prose is quite something. So is the novel’s whole conception. Here’s the book description from Amazon:

It sounds like a fairy tale: He is a boy dressed in silks and white wigs and given the finest of classical educations. Raised by a group of rational philosophers known only by numbers, the boy and his mother — a princess in exile from a faraway land — are the only persons in their household assigned names. As the boy’s regal mother, Cassiopeia, entertains the house scholars with her beauty and wit, young Octavian begins to question the purpose behind his guardians’ fanatical studies. Only after he dares to open a forbidden door does he learn the hideous nature of their experiments — and his own chilling role in them. … this deeply provocative novel reimagines the past as an eerie place that has startling resonance for readers today.

Hard to quite imagine. I picked up a sample.

9 thoughts on “Bestsellers without buzz”