So, as you may know if you follow me on Facebook, my babies had a photo shoot this past Wednesday. I assume they will probably appear on a bag of puppy food sometime in the near-ish future, but I don’t know when. Also, I don’t know how many of them might appear on the bag — the photographers took zillions of pictures of each puppy separately, then two or three puppies together.

Boy 1 (Lee) was the favorite, with his even face markings, but Girl 2 (Leda) was also a favorite for her fearless, spunky personality and general adorableness. Nor were Boy 2 (Lex) or Girl 1 (Layla) entirely left out.

The photo shoot gave the puppies a long day, but they played and slept comfortably in their dressing room — they had their own; we didn’t have to share with the Rottweiler puppies in the next room — and when necessary they went out to an x-pen I set up in a grassy spot outdoors. The weather was beautiful, so that wasn’t a problem.

Here are some pictures I took myself: 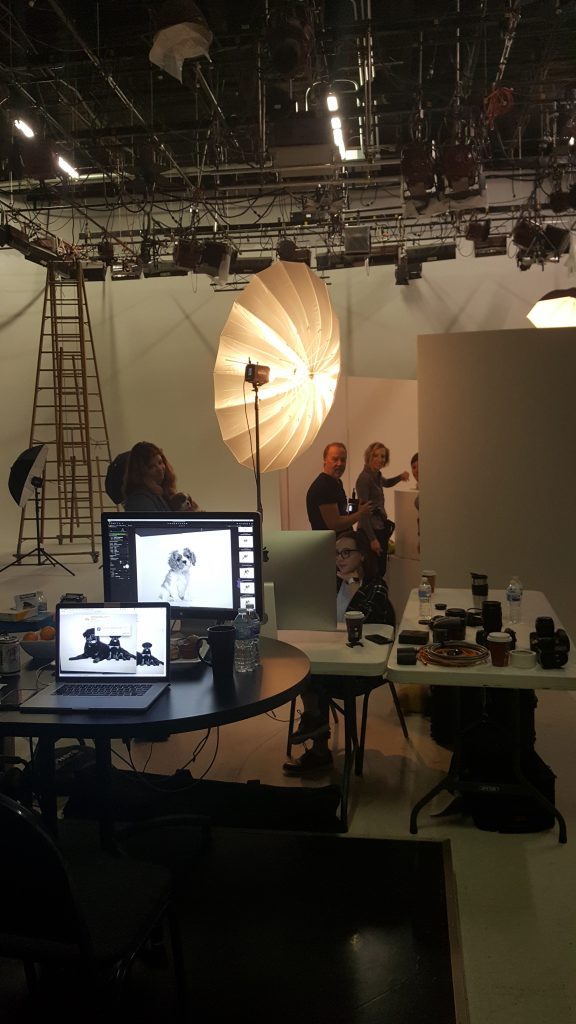 That is Leda on the computer screen up front — I cropped it out to let you all see it better: 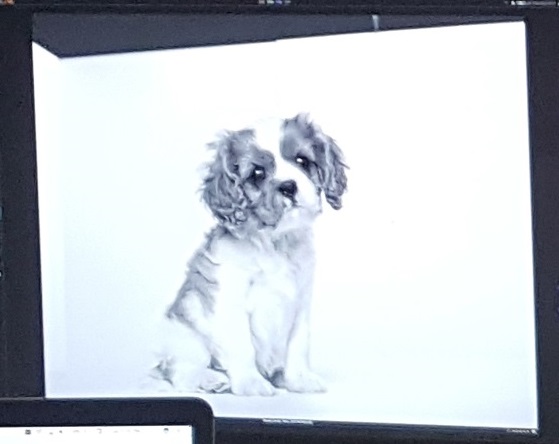 Now here’s another cropped image showing how super-cute three of the puppies were together: 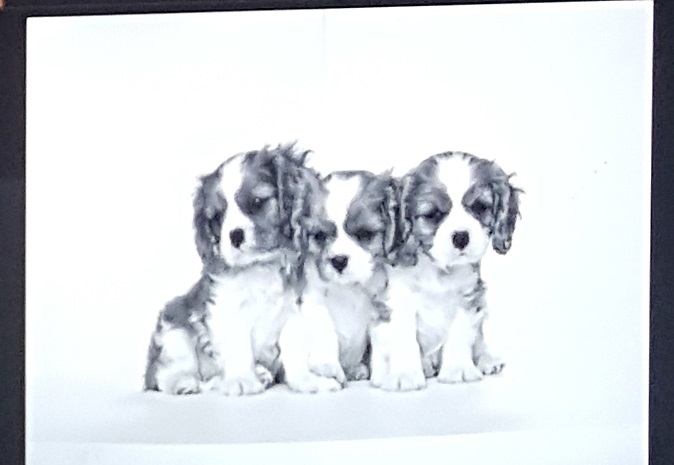 Here is Lee, showing his natural talent for modeling. Yes, someone was ready to catch him if he jumped off the plinth, which was about four feet up. 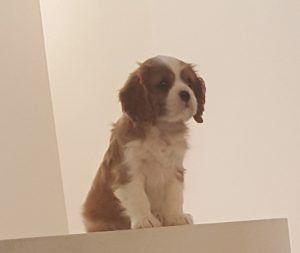 And last, here is Lee again, after the shoot was finished. He was so sleepy! All the puppies crashed and slept all the way home. 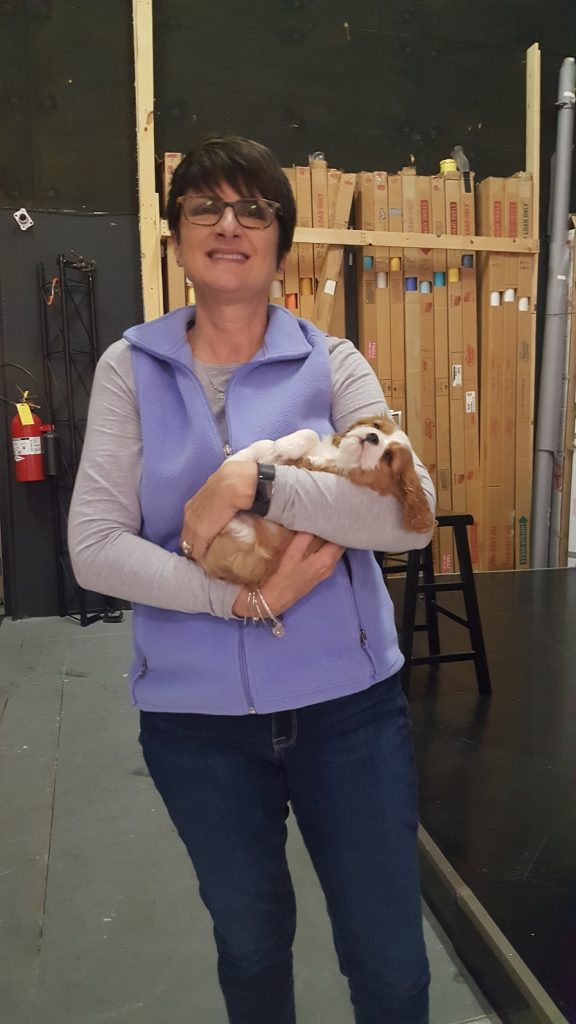 Best of all, not only do my babies — one or more — get to be stars and appear on a well-known brand of dog food, but also they made enough in that one afternoon to pay for all my pet food for 2018. So a major win all the way around! What goooood puppies!

1 thought on “Friday’s Puppy Post: Fame comes to some of us young”