According to this article in the Washington Post: Best science fiction and fantasy books to read this month

1) The City of Brass by S.A. Chakraborty

2) Mandelbrot the Magnificent by Liz Ziemska

3) Winter of Ice and Iron by Rachel Neumeier

Rachel Neumeier’s Winter of Ice and Iron … conjures up a world at the whim of gods and spirits, where rulers make ties with these spirits to protect their people and rule the land. … Neumeier doesn’t rely on heaving bosoms or overwrought confidences to convey the way people care for and love one another.

Incidentally, in addition to the short reviews in the Washington Post, here’s a tor.com review of Mandelbrot that makes it sound pretty impressive:

Benoit B. Mandelbrot, the acclaimed mathematician and outspoken originator of the term “fractal”, died in 2010 at the age of 85. His contributions to geometry, dynamical systems, information theory, and modern finance, among others, have changed the face of scientific study and popular scientific inquiry. And yet, like so many, he could have been another unknown victim of the Holocaust. … Mandelbrot was lucky. He and his family avoided capture by the shifting tide of European public sentiment, his family moving from Warsaw to Paris, and later settling in the small town of Tulle when the Nazis began to overtake French territory. Remarkably, he and his brother Léon were able to continue studies in Lyon as the war worsened, and amidst fear and fake IDs, escaped the brunt of what the war could have done to their lives.

And now, in Liz Ziemska’s striking novella Mandelbrot the Magnificent, we’re taken into an alternate history — one in which magic becomes as powerful as mathematics.

And here is Kirkus’ review of City of Brass:

On the streets of 18th-century Cairo, young Nahri—she has a real talent for medicine but lacks the wherewithal to acquire proper training—makes a living swindling Ottoman nobles by pretending to wield supernatural powers she doesn’t believe in. Then, during a supposed exorcism, she somehow summons a mysterious djinn warrior named Dara, whose magic is both real and incomprehensibly powerful.

Both sound good, don’t they? I’m glad to be in such company.

Out in one week: 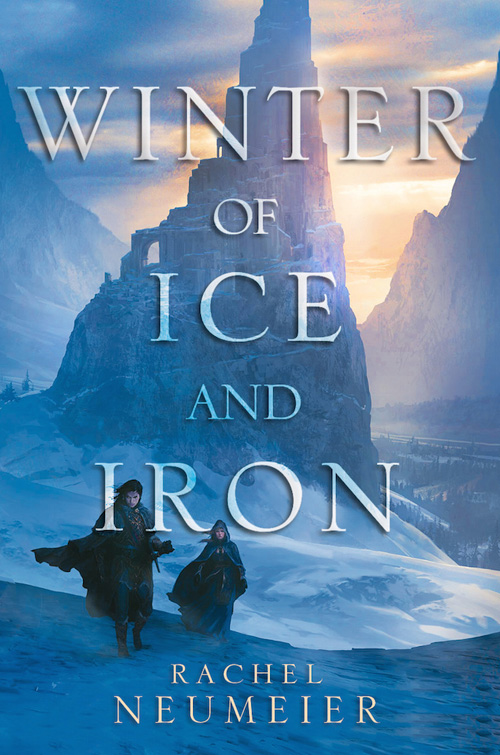