It somehow seems like every time I turn around, I trip over some title or other that I want to read NOW that won’t be out till sometime in 2018. Honestly, it’s frustrating. Why can’t authors write faster / publishers publish faster?

1) Obsidio by Kaufman and Kristoff. 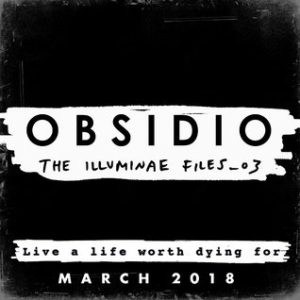 Illuminae and Gemina were such pulse-pounding adventure stories. If a tiny bit cluttered. Anyway, I am dying to read the third book, and it won’t be out till March 2018! Somehow it already has over 100 reviews on Goodreads? Ah, looking at them I see they are not reviews, they are just called reviews. They are merely statements of anticipation.

Incidentally, are the publishers quite, quite sure that the authors are okay with not having their names on the cover? I wonder if that detail will be changed before the release date.

2) Artificial Condition, the second of the Murderbot novellas by Martha Wells.

I was briefly alarmed because I preordered the Kindle version of this right after reading the first novella, and then Amazon canceled the preorder. It turns out the ISBN was pulled because Tor is doing something or other. The novella is still scheduled for release on time. But not until 2018, which makes me sad.

Apparently there are going to be four of these eventually. I sort of expect an omnibus version to eventually be released, though by the time that happens I suppose I will have all four separate stories. 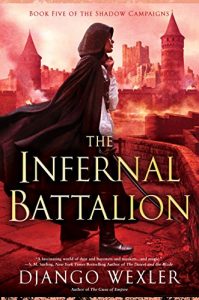 I really expected the fifth and last Shadow Campaigns novel to be out this year! Well, almost. January isn’t so bad, if you’re forced to wait till 2018. I guess.

There are a handful of other 2018 releases I’ve heard of . . . Patricia Briggs has a new Alpha and Omega novel coming out, I hear; and a new one by Ilona Andrews would not surprise me, and Steven Brust has a standalone novel (which is good, although I admit I would probably rather have a Vlad Taltos novel). Of course CJC will have yet another Foreigner novel hit the shelves — that has been such a familiar event for the past, what, eighteen years, I will probably go into shock when she finally stops.

And by the way, Andrea K Höst evidently expects to release a new book this year (Snug Ship) and continue that series in 2018, so I’ll be looking forward to that.

But the above are currently the top three on my wish-it-were-already-2018 list so far.