Here’s a post by Maurice Broaddus, author of this book, Buffalo Soldier, on his experience with writer’s block. I noticed this post particularly because the cover is quite eyecatching. 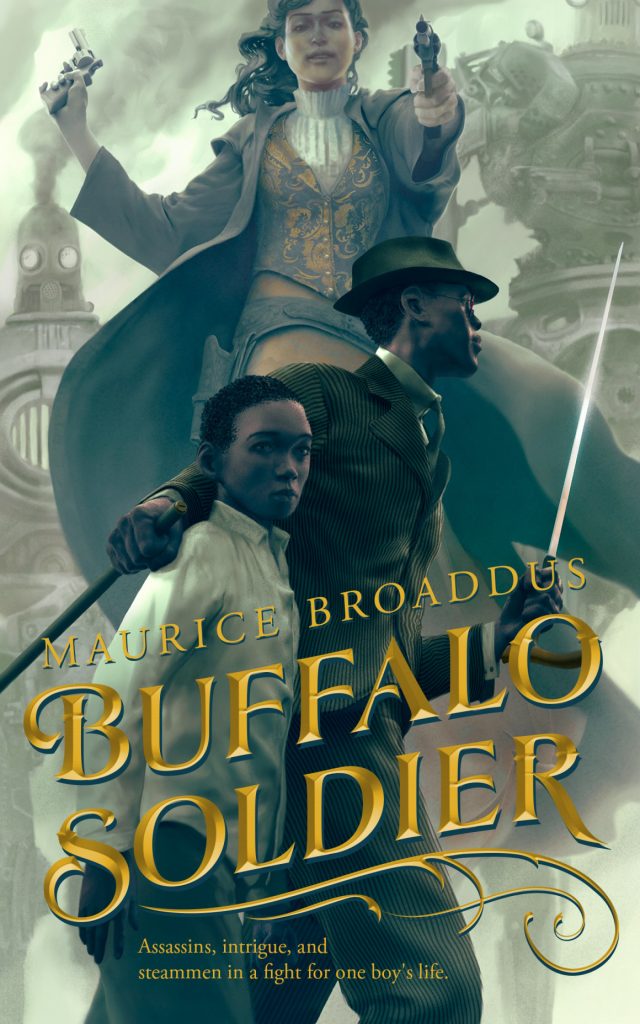 Lots of cool stuff going on in that cover!

Like many writers, I’ve had to wrestle with the idea of writer’s block. Honestly, every time I sit down in front of a blank page, I have a flutter of anxiety, as if I may have forgotten how to string words together to form a sentence. At this point, I usually recall a comment my wife made early in my career:”we can’t pay bills with your writer’s angst.” Bills don’t wait on inspiration or the comings and goings of “my Muse.” To me, most times “writer’s block” is a romantic way to describe a story not being done yet, that the creative mind still had work to do on a project. Still, I’d say that I’ve had three occasions when I’ve experienced something close to true “writer’s block…”

Basically a pretty good take on what I suppose might be called “normal writer’s block.” I had problems with the still-cooking-in-the-oven-don’t-rush-it kind of thing for Shadow Twin, which was one reason (not the only one) why it took an extra four months to finish the draft. I swear I only worked out the last couple chapters in reasonable detail in April, with the manuscript already well over 100,000 words. Sigh.

Broaddus also discusses the very real situation where a writer slams into a brick wall because of Stuff In Their Life. Yeah. It’s all very well to say you should write every day, but sometimes you can’t if you believe you should.

Ultimately I realized it wasn’t my fear of getting it wrong paralyzing me (that should give me pause). It was the fear of a lot of people (read: teh interwebz) falling on my head. I wanted to tell this story, but I had all of these voices in my head shouting me down, stopping the process. It was essentially the same as fearing critics (which shouldn’t give me pause). But with all of this outside anxiety in the form of looming social media fallout, I froze.

Yes. All too imaginable these days.

Anyway, I gather Buffalo Soldier is about “An autistic child whose guardian takes him into Native American territory.” It sounds intriguing, and the cover is great, so yep, there goes another sample onto my Kindle.