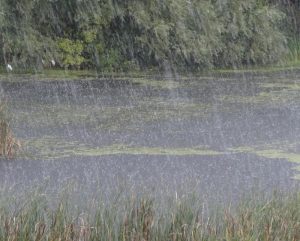 In fact this whole spring has kind of been like:

But hey, being trapped inside for 48 hours while rain poured and winds blew gave me all the time in the world to write 51 pages and finish the dratted manuscript of Shadow Twin. I had been kinda stuck and also busy with other things. As it happened, I worked out exactly what should happen in the last couple of chapters just last week, so I was ready to go Saturday at 5:00 AM. Because I was up at 4:00, see, because did I mention the thunderstorms we had all night? Which re-sensitized poor Dora so that now she is flinching and nervous if the wind even picks up. Poor baby. I hope she will desensitize again fairly easily. It took a couple years last time she was really frightened by a storm. Perhaps that experience will speed things up this time?

I do have one general question for you all. Please pick one:

A) A slowish first chapter that re-introduces the cast along with handling the Initiating Event of the story is probably the best way to handle things when you have accumulated a huge number of characters.

B) No no no just put a Dramatis Personae section in the back!

I think the story does get going relatively soon, but I’m not necessarily the best judge. I often like a slower pace in the beginning. This is something I will specifically ask my first readers, since they will actually be seeing the chapter in question. But it would be interesting to see whether there’s a general opinion one way or the other.

Incidentally, it’s not like every character ever introduced plays a large role in this particular book. Working out how to thin the crowd was the hardest part of the initial writing process and then I thinned it some more on the first important revision. But yeah, by this time the world is pretty well populated. That’s probably one reason this draft is 455 pages instead of the 350 I was kind of aiming for.

This coming weekend: on to the next project that’s waiting plus every. single. dog. deserves to go to the park after being cooped up in the house so much lately.