It says here that “The Oxford Dictionaries Online says “bored of” is a more recent construction than “bored with” and “bored by,” but “it’s become extremely common.”

I don’t like it, of course, though I grant it is parallel to the construction “I’m tired of.” That sounds fine. Since the phrases are parallel, I am unwilling to fight to the death on this one. I just think it sounds weird. And wrong. I suppose in 20 years or so I might get used to it.

Naturally I don’t like this either. It sounds weird to me despite the parallel use of “charming” as an adjective, which naturally sounds fine.

Oh, here’s one: The plot of Game of Thrones is so cliché is the sort of phrase that always makes me pause. As I’m sure we all know, cliché is a noun, not an adjective. You’d really say, The plot of Game of Thrones is so clichéd. Though that assertion would probably start quite an argument, since Game of Thrones may have issues, but I wouldn’t say being rife with plot clichés was one of them. I should add here that I hear the series is very good. I don’t watch it, but for some reason it popped into my head when I was writing example sentences.

Moving on: have we given up on even having a word that means “literally” in the English language? Are we just going to let both “literally” and “figuratively” mean the same thing from now on, so that we can say things like The Game of Thrones literally made me foam at the mouth last night!

Yeah, maybe I’ll get used to people saying “addicting” when imo they should be saying “addictive,” but I don’t know that I will ever be entirely comfortable with letting “literal” mean “totally not at all literal.” 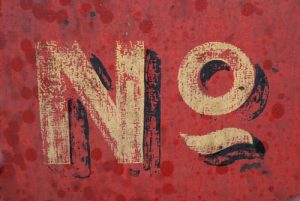 At least I don’t plan to accept this change in the meaning of “literal” until we come up with another word that means literal.

I think of these kinds of things periodically, but I wish I could remember what got me started on this post. Someone on Twitter pointed out a common usage mistake that I also really dislike, but I don’t remember what it was. Nothing as super-common as effect/affect. Something else.

What modern shift in language is currently driving you mildly nuts? Or are you the sort of person who accepts most changes in usage with equanimity?

8 thoughts on “Bored of? Or bored with?”