I started to say: Top Ten Foodie Fantasy Novels, but I don’t think this is a top ten list so much as a . . . uh, just a “ten list,” I suppose. These are mostly simply novels that I thought of in connection with food after reading Voracious — some of the fantasy novels I would have liked Cara Nicoletti to mention. But I didn’t make a major effort to identify the ten best or anything.

Plus I’m dead sure there are some SF novels where food is important, but I really can’t think of any specific titles and it is driving me a little bit nuts. I’m sure – I’m positive — that a few years ago I read a space opera kind of thing where people were always fixing curries and stuff rather than defaulting to the standard SF steak or sandwiches you see rather often (about as often as “stew” in fantasy novels, I think). But I can’t remember the title. Phooey. If that sounds familiar to you, please remind me.

But here’s what I came up with for a Foodie Fantasy list. Some of these would definitely make a Top Ten if I were making a serious attempt to do that, and I am putting those at the top.

I don’t think there is another fantasy series where food and cooking are discussed in more loving detail. This reaches its apogee in Dzur, where the whole story is structured around a single meal at Valabar’s.

You take beef, or the fish or whatever, and move it to the middle of the granite, where it cooks in about ten seconds on a side – the waiter will do that for you if you wish. Then you take it with the tongs, dip it in the sauce of your choice, and go to work. With the beef, I wrap it in a piece of lettuce. I started to show Telnan how to do it, but Mihi [the waiter] was faster and better. Telnan paid close attention to Mihi’s instructions.

Seriously, as a fantasy novel for food lovers, you aren’t going to find anything better than Dzur. I really should go through the book, come up with recipes for the described dishes, and take a stab at some of them. I couldn’t do them as well as Valabar’s, of course.

Cinnamon Rolls as Big As Your Head. And all the rest, of course, right up to the Death of Marat, which no, I have not actually tried to create a version of, though you can find some suggested recipes online to jump off from. You will remember that it must be some kind of vanilla meringue kind of thing filled with, as I recall, black raspberry and currant jams or something like that.

Anyway, definitely a novel where baking and food take on a super-important role.

3. The Book of Atrix Wolfe by Patricia McKillip.

You will remember that nearly the entire story takes place in the extensive kitchens of a castle, seen from the point of view of a nameless and nearly self-less protagonist, who btw certainly fits the amnesia post from a couple days ago. Of course there are long detailed descriptions of the food that goes up and the broken remnants that come back to the kitchen. Plus many, many pots to be washed.

4. I hesitated to repeat authors, but The Bell at Sealey Head also comes to mind when thinking about fantasy novels where food and cooking play a central role.

You remember how Judd’s housekeeper is such a terrible, terrible cook. Fish boiled for an hour and lumpy porridge and I don’t recall what all. And then when guests arrive to stay at the inn, first Judd is going to try to take over the cooking himself from his mother’s old book, but then the fantastic Pilchard arrives and takes over the cooking.

Sharing a little table in front of the darkened window, [Judd and his father] made their way quickly, methodically, and with reverent silence through a soup of leeks and cream, peppered mutton chops as tender as they could be gotten, fried among chopped onions and potatoes, accompanied by warm, crusty, crumbly bread that didn’t fight back between the teeth.

You know, Judd should have known Pilchard was too good to be true when that bread arrived on the table. Pilchard had only just arrived. How could anybody make bread as quickly as that?

Anyway, let’s look around for a different author rather than considering any of McKillip’s other books.

5. How about Garden Secrets by Sarah Addison Allen?

Food is important in several of her books. Remember all the cakes in The Girl Who Chased the Moon. But this is the one where Claire caters special occasions, using flowers from the garden to give the dishes a little magical twist.

“There were two big bowls, one full of lavender and one full of dandelion greens, on the stainless-steel island. Loaves of bread sat steaming on the counters. Bay stood on a chair by Claire at the far counter, and she was using a wood-handed artist’s brush to carefully paint pansy flowers with egg whites. One by one, Claire then took the flower heads and delicately dipped them in extrafine sugar before setting them on a cookie sheet.

6. I really enjoyed the homely cooking in The Sharing Knife series by LMB.

I mean the farmer’s cooking, of course, especially Fawn’s cooking. The Lakewalkers are basically hopeless when it comes to food. Though good at fishing and so on, of course.

Remember the ginger-pear cake Fawn made for Dag’s birthday in the third book? With the honey-butter frosting? And I also liked it when Fawn tasted molasses for the first time. That would be quite a change from the sweeteners she was more used to, like honey.

7. Mostly Laura Florand’s books don’t count as fantasies, but if you stretch a point just a little, The Chocolate Kiss does. It’s obvious the hot chocolate really does influence people when Magalie or her aunts stir wishes into it. There’s almost as much magic in this story as in Sara Addison Allen’s books, and it’s more a foodie story than those.

Durgin adds depth to the world she is drawing by including the kinds of foods you would get in this kind of insular, rural, sustenance-level mountain farming community.

It took some scrutiny, but [Blaine] finally spotted some lamb’s quarters and pokeweed along the outer edge of the garden, both still young and tender, the poke not yet purple with its poison. She could mix them along with the mustard greens and some early leeks, and then bread-fry the poke for poke sallet. She drifted down to the creek . . . and found both jewelweed shoots and cowslip – enough greens to do them for a day of meals, and she’d be careful to cook that cowslip through. . . . She poked around in the cabin and found some lard, corn and wheat flour, and an egg beside the sink basin.

We have poke around here, including right in the yard. I cut it down if I have puppies because I don’t want to risk anybody grabbing at the berries. Those are always toxic, unlike the leaves, which are edible until, as Blaine observes, the purple color creeps up their veins.

9. We don’t actually see much baking in The Keeper of the Mist, but of course Keri was trying to keep her mother’s bakery going before she had a sudden career change. That first apricot-and-almond cake that’s described in more detail is based on one I made for someone’s birthday a few years ago, that turned out to be one of the very best cakes I ever made.

I didn’t make sugar flowers to decorate it, though. I learned how once, but unlike Keri, I never practiced enough to get good at it.

10. Though food is important in House of Shadows too, nowhere is food more important than in The Floating Islands, where food and cooking are so central to Areanè. But food is meant to deepen the world overall, too, even when the reader is in Trei’s point of view.

The breakfast was warm wheat bread with figs and honey, not the beef and eggs and sweetened buckwheat porridge of northern Tolounn.

Northern Tolounn is cold. Thus, buckwheat. I think of its climate as being kind of like that of Russia. That was therefore quite a trip Trei took, because as you may remember the Floating Islands are somewhere between subtropical and tropical. There we get cumin bread and lamb-and-lentil pastries and figs and pomegranates . . . I really enjoyed writing the food in this book. 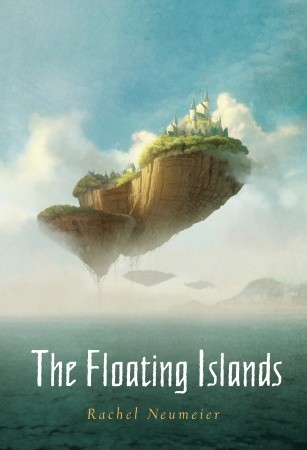 13 thoughts on “Food in fantasy”