Book Riot has a post up, I see: Seven fantasy series that will take you all year to finish.

Of course my very first response is: No series ever written could actually take a whole year to finish. But in fact the author of this post, Emily Wenstrom, did come up with one that might. And several that, sorry, definitely would not.

A Crown of Stars, Kate Elliot, seven books, which are longer epic doorstopper types, I gather (I haven’t read them) (yet).

Dresden Files, Jim Butcher, fifteen books. Okay, I grant you, fifteen books will take a while, which is one (big) reason I haven’t started this series at the beginning and don’t really plan to.

The Earthsea series, LeGuin, which does not in any way strike me as long enough to belong on a list of this type. There are only five books in the series, and frankly they vary quite a lot in quality, so I don’t know whether I’d recommend them all anyway.

The Legends of Drizzt, R. A. Salvatore, which I haven’t tried. Seems like there are about 20 or so books in the series. Yep, that’s a lot.

The Discworld series, Terry Pratchett, and here I was like: Okay, yes. This one *would* take all year. There are nearly fifty books in this world, and I doubt most people would want to read them all one after another, so reading them would stretch out for quite some time. But I do strongly disagree about starting with The Color of Magic. I never liked Rincewind and in fact don’t care for any of the earliest Discworld books. If I were suggesting where a new reader might start, I’d suggest either the Vimes series or the Tiffany series. But I haven’t actually read the ones focused on the witches. They might be a good place to start, too.

Kushiel’s universe series, Jacqueline Carey. Yeah, these are huge. I’ve read two of the interlocking series, the original one starting with Kushiel’s Dart and the Naamah series. Of the two, I thought the first was far superior. But these are indeed big books set in big series and would take a good while to get through.

The Patternist series by Octavia Butler. Like the LeGuin, I don’t think these necessarily belong on this list because the series is unfortunately not very long. What are there, five books? Short books, too. A series well worth reading, yes, but for a post on “series that will take up your whole year,” no.

What are some other fantasy series that might indeed take up your reading year, or at least a good portion of it? I can think of several that are not just hefty but might be well worth a reader’s time. 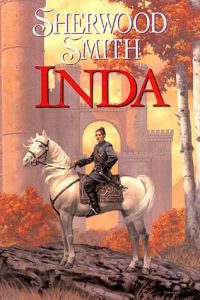 Only five books in the series, but they are loooong fantasy novels and the whole thing is definitely epic epic epic. Also, they’re really good. Probably wouldn’t take a heavy reader all year to get through them, but it might well take at least a month. 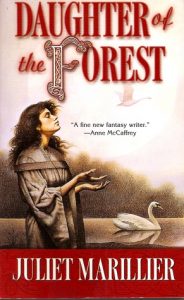 I’ve only read the first three Sevenwaters books, but I know there are more. Six, seven? They’re long, leisurely novels that probably lend themselves to slow and thoughtful reading.

Ship of Magic and all the connected titles, Robin Hobb 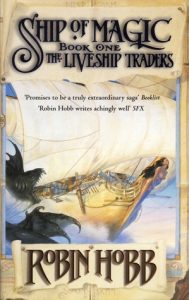 There’s the Liveship series and the Dragon Haven series at least. I’m not sure whether there are other books set in the same world? I had issues with some of the characters in the Liveship series, and to a lesser extent that was also true in the Dragon Haven series, but I did like both. Again, big, epic stories that would keep a reader going for a while — if not all year.