From File 770 I happened across a link to this tidbit:

Valentine Michael Smith is heading to Earth — and now maybe to television.Paramount TV and Universal Cable Productions are teaming up to develop Stranger in a Stranger Land into a TV series on Syfy, the companies announced Tuesday.

Well, okay. But I can think of ten SFF books that would be waaaay cooler as a television series than Stranger. In no particular order, or rather in the order I thought of them —

1. Death of the Necromancer by Martha Wells

2. The Fall of Ile-Rien by Martha Wells

3. The Touchstone trilogy by Andrea Höst

4. And All the Stars by Andrea Höst

5. Those Who Hunt the Night by Barbara Hambly

6. The Thousand Names by Django Wexler

7. Practically anything by Lois McMaster Bujold, but if I had to pick, um … how about starting with The Warrior’s Apprentice. I guess.

9. A Long Way to a Small Angry Planet by Becky Chambers. Wouldn’t that be a lot of fun? 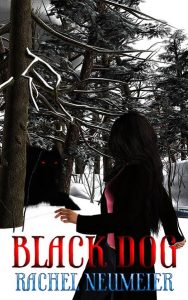 Wow, that was easy. I could probably come up with a list of 100 before I would even start to get close to thinking about Stranger, which I must confess was never one of my favorites and hasn’t held up at all with re-reads. If I were determined to do a Heinlein book, it certainly wouldn’t be my choice. The Moon is a Harsh Mistress strikes me as a much better choice.

Granted, I’m not thinking about how expensive the sets and special effects would be. But for what, at least half of the books listed above, I wouldn’t think that would be prohibitive.

Anyway, I don’t think I’ll be holding my breath to see Stranger on Syfy.

5 thoughts on “Interesting, and yet —”