Of course we are all under some stress today. So today seems like a good time to remind ourselves of good things going on in the world.

An Alzheimer’s drug has been shown to successfully target the most visible sign of the disease in the brain, raising hopes that an effective treatment could be finally within reach.

A small trial of the drug was primarily aimed at assessing safety, but the findings suggest it effectively “switched off” the production of toxic amyloid proteins that lead to the sticky plaques seen in the brains of Alzheimer’s patients.

Scientists from Switzerland’s Federal Institute of Technology in Lausanne marked a milestone in this research, when they demonstrated that a partially paralyzed man could control the movements of a 1-foot-tall robot from more than 62 miles away, the Associated Press reported.

Harm from a week’s overeating may be canceled by exercise

In people who do not exercise, the markers of inflammation in fat tissue would normally increase after a week of overeating, but this time the results were different.

Instead, the active participants in this study showed no signs of inflammation in their fatty tissue, and no change in glucose tolerance or the chemical breakdown of fat.

An antibody has been found to protect fetus against Zika.

Earlier this year, it was confirmed that Zika virus infection during pregnancy can have devastating implications for the developing fetus, causing babies to be born with a smaller-than-normal head – a condition known as microcephaly. Now, researchers say they have identified a human antibody that could stop the infection in its tracks.

Professor Anthony Jones is the director of the Manchester Pain Consortium which is focussed on improving the understanding and treatment of chronic pain. He said: “This is very exciting because it provides a potentially new, simple and safe therapy that can now be trialled in patients. At recent public engagements events we have had a lot of enthusiasm from patients for this kind of neuro-therapeutic approach.”

The universe may have 10 times as many galaxies as we thought.

Previous estimates, based on the Hubble Deep Field images captured in the mid-1990s, suggested that around 100 billion or 200 billion galaxies swirled within our line of detection. But a new analysis suggests a figure 10 times higher than that: There may be 2 trillion galaxies in the observable universe, 90 percent of which are too faint for our best telescopes to detect.

Russian Billionaire Teams With Berkeley to Investigate That “Alien Megastructure”

“I don’t think it’s very likely – a one in a billion chance or something like that – but nevertheless, we’re going to check it out,” says Dan Werthimer, chief scientist at Berkeley SETI. “But I think that ET, if it’s ever discovered, it might be something like that. It’ll be some bizarre thing that somebody finds by accident … that nobody expected, and then we look more carefully and we say, ‘Hey, that’s a civilization.'”

Imagine charging your phone as you walk, thanks to a paper-thin generator embedded in the sole of your shoe. This futuristic scenario is now a little closer to reality. Scientists from the U.S. Department of Energy’s Lawrence Berkeley National Laboratory (Berkeley Lab) have developed a way to generate power using harmless viruses that convert mechanical energy into electricity.

Also, I hear the Cubs won the World Series. I’m not a fan and yet I am happy about this. I hear it was a great game, very exciting, just right for such an event.

Also, let me remind you that your dog doesn’t know anything about this election. And unlike your child, you don’t need to explain it to her. 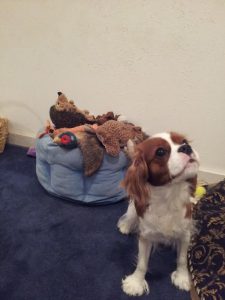 For your dog, the world will be wonderful tomorrow no matter what! I suggest you take her to the park, enjoy the beautiful fall weather, then come home, settle down in front of the fire with a nice mug of hot chocolate and, oh, I don’t know, perhaps a book which was just released today, thus redeeming the day from utter disaster no matter what happens. 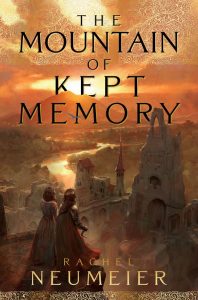 If you know of something nice that happened recently, please drop it in the comments. Gold star if it happened today!

6 thoughts on “Stressed by election day?”