Just as Twitter’s main purpose is to send around cat pictures, now that I’m using Facebook I find one of its main pleasures is the flood of cool pictures of all types. Here are a couple I’ve seen lately and that I’ve been saving for Halloween: 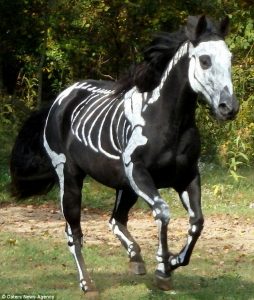 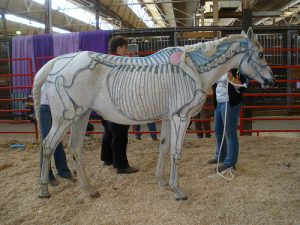 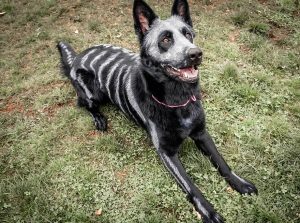 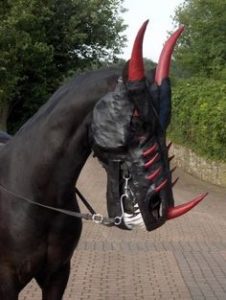 Aren’t these wonderful? Wouldn’t you totally do something like this if you had a black horse? And then dress up as DEATH and ride it around?

Also, these wonderfully costumed kids. What a splendid idea! 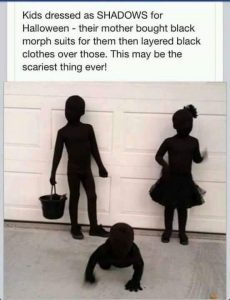 And this is not a costume, but OMG don’t you want this? 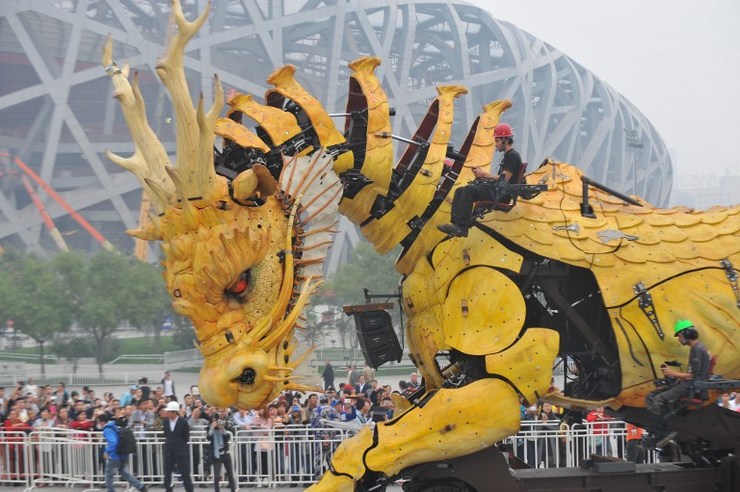 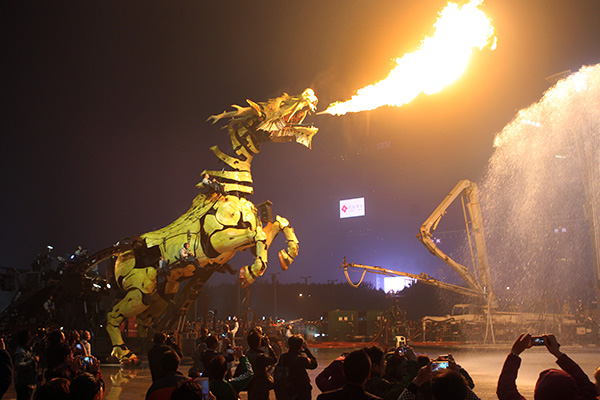 There are many fine video clips of the dragon horse online. As a Halloween treat, take a few minutes to google around and admire this beast. If I were writing a steampunk story, I would so include a thing like this.