You know, it wasn’t hard at all for me to come up with a totally different and far superior* list of the 75 greatest novels ever published**. This list is a lot heavier on fantasy than the list I pointed to yesterday, also includes a lot of SF, and then I made a point of considering novels outside SFF, which led to a goodish handful of historicals and a few mysteries making the cut. Interestingly, though I didn’t set out to avoid contemporaries, I don’t think there are any here.

I thought it was particularly silly to try to come up with a list that included novels and poetry and nonfiction, so you’ll find only novels here. I was trying for novels that are fun to read, beautifully written, thought provoking, or preferably all three; and apparently I also preferred novels that offer a non-contemporary setting.

I would be happy to set my list up against anybody’s, not necessarily for literary importance, but for greatness. After all, The Lord of the Flies is certainly important, but as far as I’m concerned, that’s more because it’s assigned in every high school lit class ever, not because it is intrinsically great. I think the message it delivers about human nature is actually, you know, wrong. Or so incomplete it might as well be wrong. No, thanks.

So here you go – Rachel Neumeier’s list of the 75 greatest novels ever published.*** (I didn’t really look at the year of publication, but I expect they’re all from the past 75 years.) I tried not to include more than one book (or series) by the same author, but, you know, I didn’t try too hard. I also included a handful of children’s books, but only if I still love them as an adult.

How many of these have you read? More than fifteen, I bet. If lit teachers drew half the novels they assigned from this list, maybe more students would wind up falling in love with books.

1. The Hitchhiker’s Guide to the Galaxy, Adams (Douglas) 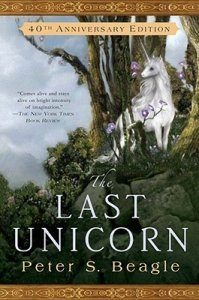 9. The Beacon at Alexandria, Bradshaw 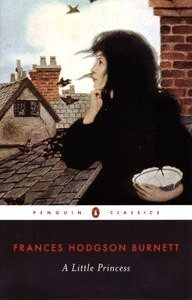 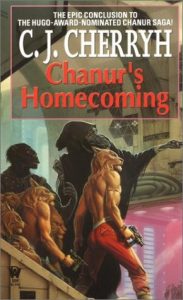 25. Dragonsbane, Hambly (not the rest of the series, imo) 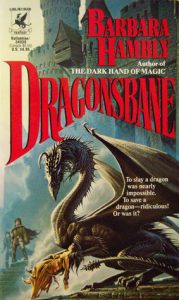 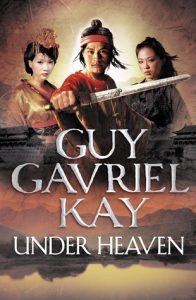 36. The Privilege of the Sword, Kushner

40. Daughter of the Forest, Marillier 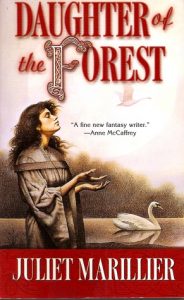 41. Night at the Vulcan, Marsh

43. The Book of Atrix Wolfe, McKillip

46. The City and the City, Mieville 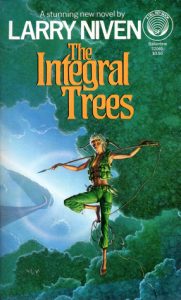 50. The Vimes series in the Diskword universe, Pratchett

51. The King Must Die, Renault

55. Black Beauty, Sewell (Did I mention I read nothing but animal stories as a child?) 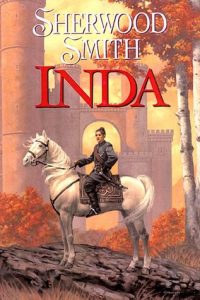 61. The Rubber Band, Stout (I picked a Nero Wolfe mystery pretty much at random)

62. The Lord of the Rings, Tolkien

68. The Wheel of the Infinite, Wells

69. The Death of the Necromancer, Wells

* “superior” defined here, obviously, as matching my personal taste; ie, there are no horrible dystopian novels no matter how literarily important, and no grimdark novels. You know, there are a lot of similarities between a dystopian novel like 1984 and a modern grimdark novel, aren’t there? I never thought about that before. That means I have hated grimdark all my life.

** Your mileage may possibly vary.

*** I hated leaving off some series that REALLY started off well, but that I haven’t finished. Here are a handful of the series I might include in such a list next year or in a few years:
The Raven Boys series, Stiefvater
The Thousand Names series, Wexler
The Devil’s West series, Gilman

And of course there are an appalling number of authors that I just haven’t read much by, amazing as it may seem, including Patrick Rothfuss and Brandon Sanderson and Catherine Valente, for example.

And naturally a bunch more great books occurred to me as soon as I hit 74 titles – like Jaran by Elliot and Range of Ghosts by Bear and The Hunger Games by Collins, and, and The Scorpio Races, the Paksenarrion trilogy, Little, Big by Crowley. . . there’s no end.

I should also note that too many lists of great SFF novels or whatever seem to mistake enormous popularity for greatness. A major reason some really popular series aren’t on this list is, I don’t think they measure up. This includes the Game of Thrones, not because it is grimdark (I don’t think it is, quite) (well, it might be, I guess), but because Martin seems to me to have lost control of the series, primarily by allowing the number of protagonists to increase out of all reason. Also, I’ve quit reading the books, so they’re not likely to appear on *my* list anyway.

8 thoughts on “The 75 Best Novels Published in the Past 75 Years: A New, Personalized List”