This immediately made me think of this quote from Thief of Time by Terry Pratchett:

Which is a beautiful quote, isn’t it? Certainly I’m always likely to be most blown away by a story that manages to instill both in the reader, but this particular post is of course about surprise rather than joy. Though joy is included in the list of eight basic emotions: anger, fear, sadness, disgust, surprise, anticipation, trust, and joy.

That’s an interesting list, too, worth a post on its own, but as I say, this particular post at Fantasy Author’s Handbook deals with surprise, and the art of crafting surprises for your readers.

It seems to me that all this [about creating surprise for your readers] can be reduced to a focus on what, exactly, your point-of-view (POV) character knows in any precise moment in the story. By now your should know how I feel about writing from a tight POV, even in third person. … Maintaining a tight POV character means your readers will be surprised by what surprises your character because your readers don’t, necessarily, know any more than that character knows. … these surprises still must be grounded in the particular logic of the story. Just dropping stuff in out of nowhere doesn’t necessarily make for a good plot twist, and laziness in the crafting of a narrative surprise will lose many more readers than maybe any other error in authorial judgment. Here’s another example of that moment in which your own inner voice must be heeded. If you find yourself thinking, “It’ll be okay—people won’t think about it that much,” or “No one will notice,” or any thoughts like that—STOP!

I like all of this, especially the advice to heed your inner awareness that you’ve allowed yourself to tolerate some weakness in your story. People really will pick up on those weak points, which is why you have beta readers. It’s way better for a beta reader to say, “I don’t believe for a second that your character would have acted that way” than for a reader to complain about how out-of-character that sequence was in a review on Amazon.

Also, the example of “The Sixth Sense” is perfect. Or it is for me. I didn’t see the twist coming at all. (Did any of you?) I immediately wanted to watch the movie again from the start to see if the director was playing fair, which I think he was, by the way, but surely that is the single best response you can ever have from a viewer or reader — the desire to immediately go back to the beginning and start over.

In SFF novels, maybe my favorite surprise ending was in Ender’s Game. Hard to top that one. At least if you’re talking about books. 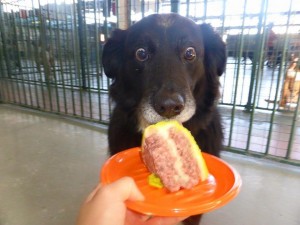 Philip Athans winds up his post, though, by pointing out:

That’s true again, and a good thing, too, because can you imagine having to land an ending like in Ender’s Game all the time? It could not be done.

Now I kind of want to think about the plot of some book of mine as a series of small but solidly constructed surprises. And the plot of my current WIP — ooh, yeah, there’s a really neat surprise early on in that one. I hope there will be another as cool late in the book, but since I only know half the plot at the moment, hard to say. I’ve heard writers comment that they like to be surprised by their own books as they write them. I don’t know whether I *like* that, but obviously if you don’t really have a plot, it’s liable to happen.

And I want to consider the plots of the books I’m considering nominating for the Hugo this year with this stuff about surprise in mind. It’s immediately obvious that Ice Cream Star, for example, is constructed mainly of big and not necessarily pleasant surprises. Yep, surprise is most definitely a major element for that one.

How would a romance fit in here? There’s unlikely to be a big surprise twist at the end — the couple had better get together and live happily ever after — I suppose the surprises must be small, and embedded in the journey to the ending rather than ever occurring at the end.