At a blog called Bad Astronomy, a post by Phil Plait: I’m STILL Not Sayin’ Aliens. But This Star Is Really Weird.

The post is about star KIC 8462852, which is this F-type star in Cynus, right, only it’s been fluctuating in luminosity and actually fading over time, and by “fluctuating” and “fading” I mean it loses up to 22% of its brightness at times. Not periodically, just at random times. It’s also lost 20% of its overall brightness over past 100 years or so.

All this is of course impossible.

In the original paper, Boyajian and her team make a good case that the dips are not caused by some odd thing going on in the data themselves or in their analysis of them. Whatever is going on, it’s real. They go through a bunch of possible scenarios that might be causing the dips and wind up eliminating most of them. . . .That left some speculation about, um, aliens. … An advanced civilization would have big energy requirements, and it would make sense to build huge structures around their star to capture as much light as possible for solar power. The dips in light we see are then these “megastructures” passing in front of the star (some people call this a Dyson swarm, a collection of enormous solar panels enclosing the star).

Of course there are problems with this explanations, too. Yet . . . we all know the Truth, don’t we? 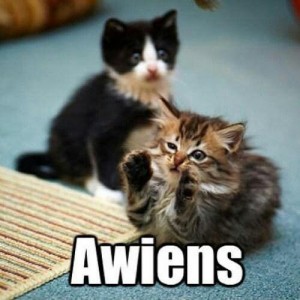