Good morning! Here I am at WindyCon, and of course I woke up at 5:00 AM on the dot because, morning person. Actually that’s a bit later than usual for me since the time change. But it’s fine! It gives me ages and ages in which to write blog posts and possibly do real writing if I feel so moved.

I was sorry that I arrived just a hair too late yesterday to attend any of Friday’s 4:00 panels, particularly the one on respecting religion in SFF. But the first panel I did attend was so much fun! It was a panel called I Really Hated That Book Cover, such a delightful idea and everybody was evidently enthusiastic, because there’s another very similar panel later today.

The panelists for Friday’s panel: Eric Flint, B. Harper-Murray, A. Kelley, and J. Zakem. Everyone had contributed terrible covers and there was a slideshow, plus Eric Flint contributed a really useful list of the Four Things He Wants In A Cover.

Well, as a service to you all, I took notes.

However, let me start by contributing the two modern covers I hate most: 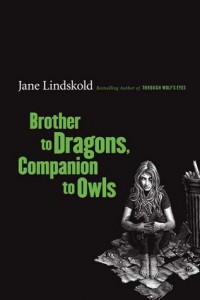 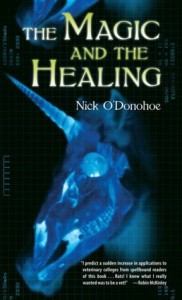 Why I hate them:

1. They do not accurately reflect the *tone* of the story. They have a horror vibe that is completely unsuitable.

2. They are both ugly and unpleasant to look at.

Eric Flint would have other comments about them: they don’t meet any of his four desirable criteria. I will get to that.

Now, having given my two most-hated covers a shout-out, on to a handful of the really, really dreadful covers pointed out by the panelists. I warn you all: what you are about to see may be impossible to get out of your head. 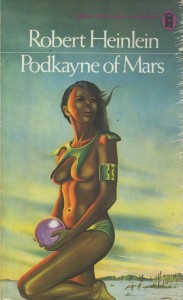 The sexy Podkayne of Mars! Can you believe this? What was she in the story, thirteen? Who in the world could this sexed-up girl be? Oh, I know! The publisher said “Mars” and the artist thought “Dejah Thoris.” Thus the greenish tint. But what is the violet ball? It looks like the pearl of wisdom a Chinese dragon should be carrying. 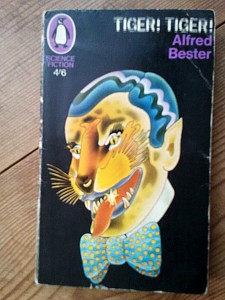 “Tiger, Tiger” was a European title for “The Stars My Destination.” Figuring out how the publisher could consider this an appropriate cover for this story is left as an exercise for the student.

As awful as the tiger-guy is, at least that cover is not nearly as dire as this one: 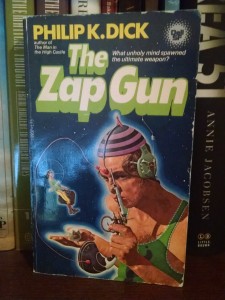 As it happens, the editor of this book was present in the audience! He explained how the initial sketch did not give quite as clear an idea that the guy is picking his nose with that gun. He protested — he said can’t the artist brush out the tip of the gun? Can’t the gun be tilted a little bit forward or back? But no! The art director insisted on using the picture just as it was, thus insuring a spot for this book in worst-ever covers.

I warn you, it gets so much worse. Stop now if you are feeling uneasy about exposing yourself to truly terrible images you will not be able to unsee. 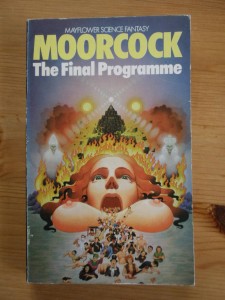 I did warn you about being stuck with indelible images, didn’t I? Well, there you go. Sorry.

And yet I have saved the worst for last, so brace yourselves. As an added bonus, I’m sure you’ve all read this story, so you will be in absolutely no doubt about how utterly unsuitable and horrible this cover actually is. Even though it’s terrible enough on its own merits. 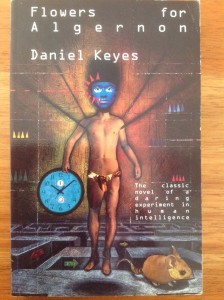 I would say something snarky, but words fail me.

All right! That’s the fun part. Here’s the useful part: Eric Flint’s comments about four criteria for a cover. All these criteria make sense to me.

Of course you probably have no say in the cover if you are going with a traditional publisher, but with so many of us either dabbling in or committing to self-publishing, well, these are definitely criteria to keep in mind. Here they are:

1. The cover should give browsers an idea of the kind of story contained in the book. I totally agree, hence the complete failure of the two covers I put up first.

On the other hand, though true, this idea contributes to the fade-into-the-crowd phenomenon, when ALL the covers look identical so you can’t pick out any one title for a closer look. I clearly remember going into a bookstore, oh, years ago. Before I ever read much less wrote anything in the UF/Paranormal subgenre. And it was like every. single. book on the shelves had a Woman With Weapon And Animal cover. I literally could not choose one to pick up to read the back cover and wound up just looking for authors’ names I recognized; ie, not UF/Paranormal authors.

So there’s such a thing as paying too much attention to marketing the book as a Type Of Story and too little to making your particular title stand out.

2. The cover should tell a story. This: 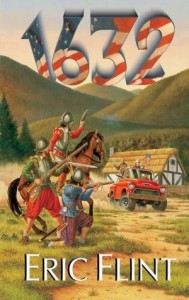 is an example of a cover that tells a story. The browser can instantly see, not just that there is conflict, but that there is *interesting* conflict and probably time travel. The idea of the story is instantly captured.

It doesn’t matter to Flint whether the scene is a completely accurate representation of a scene from the book, as long as it *suits* the book and tells a story that fits the book. I agree completely.

3. The book should not be camouflaged in the store. Drab blacks and browns that blend in? Mottled or muddy colors that might as well be designed to blend in? Bad, bad idea. You’d think that would be obvious, but he did hold up a couple of his own covers and point out how camouflaged they would be on the shelves, even if they were face-out.

4. The cover should include the color red. Red pops. Red is visible.

I agree! Or sort of. Look at this cover: 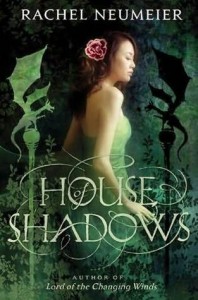 Not quite red, but the warm flesh tones in the center, surrounded by the cool greens, are doing the job Flint had in mind when he formulated this rule. So a primary-color type of red is not at all a bad idea, but perhaps not crucial depending on the cover.

I wouldn’t say that the House of Shadows cover really tells a story, though. And, long after the fact, I did wonder whether this was a cover that would appeal to romance readers but not to readers who were looking for adventure fantasy. I think the cover is beautiful, but I would think about things like that if I were bringing out the sequel myself. 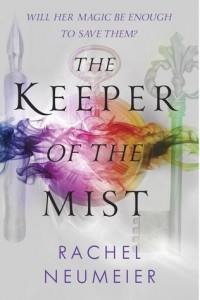 I love this cover, and again it is essentially following the “red” rule, although more with violet. But it’s a burst of color to catch the eye, and I think it does that brilliantly — it is by no means camouflaged, especially compared to the more usual girl-in-ballgown types of YA covers with which it will no doubt be sharing shelf space.

I think it suits the story in tone, too — it could be seen as fitting lots of kinds of stories, but you can certainly see this is not horror or a terribly violent gore-fest or a dystopia.

Does it tell a story? Maybe it does, for the browser who picks it up and notices the watch and pen and key. Maybe those items are evocative enough to “tell a story” — or at least suggest that there *is* a story.

The proof will come next year with sales figures. Flint is convinced that the cover can, if not “make or break” a book, then at least strongly influence sales. I think word-of-mouth counts for more than anything, but I’m equally confident that cover art matters. So we’ll see! March 2016 seems closer and closer…