What could be more appropriate for Halloween than a post about ghost stories? 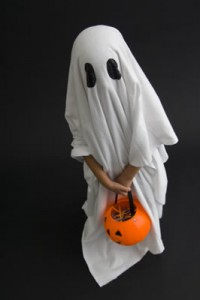 I’m not really into horror, as you know, and so I’m fine with ghost stories that are essentially fantasy rather than horror. As it happens, I can think of several ghost stories I particularly like that fall into this category. I’m thinking here of stories where ghosts are THE essential supernatural element, so not a Paranormal or UF where there are werewolves AND vampires AND witches AND oh by the way also ghosts. So that limits the category, because first I’m thinking of ghost stories that are nothorror and then of stories where the ghosts are the primary thing.

Not sure I can get to ten, but let’s see:

1. The House on Parchment Street by Patricia McKillip

Okay, you never see this title on My Top 10 Favorite Books by McKillip, and granted, I don’t put it in my top ten McKillip titles, either. Nevertheless I like it a lot. First published in 1973, this is definitely a YA title, it’s a small-scale quiet little story, contemporary more than fantasy despite the ghosts. The ghosts aren’t really active participants in the story, but plot drivers and, I suppose, also part of the setting. I like the protagonist, Carol, and I like how all the family relationships are front and center.

I really enjoyed this trilogy, though I felt the supernatural / magical elements got a bit cluttered. I liked the ghosts, which again here are a classical type — ghosts that don’t really communicate, just hang around the protagonist, silently urging her to straighten out some mess connected with their lives. I particularly liked Hallie’s dad, who is brought to life amazingly well for a guy who hardly says a word.

Again, ghosts who are usually not characters in their own right. Though the ghost dog, Boo, is an exception. I think the Odd Thomas series is some of Koontz’s best work, although I will say, I preferred some installments more than others. I particularly liked the third book, Brother Odd.

4. A Fine and Private Place by Peter Beagle

For the first time in this list, ghosts as THE main characters in the story. A classic, of course! Not remotely a horror novel, this is a quiet, thoughtful romance, with ghosts.

5. The Graveyard Book by Neil Gaiman

I really enjoyed this one and need to re-read it. Halloween is certainly an appropriate time to re-visit this story, which is an adventure fantasy and definitely not horror.

6. A Certain Slant of Light by Laura Whitcomb

A lovely take on a ghost story. Here we have ghosts that are firmly attached to people or places, but they are good-hearted — you wouldn’t mind being haunted by this kind of ghost. Through the course of the story, the ghosts work out their own issues and help the people around them work out their issues as well. I loooved this book, though the sequel disappointed me.

I really admired how this story was put together. It’s a murder mystery with a truly unlikable protagonist — very difficult to pull this off in a way that works for me.

8. A Curse Dark As Gold by Elizabeth Bunce

9. The Ghost Bride by Yangsze Choo

This sounds like it might be too much of a horror story for me, but it does sound potentially really good:

Li Lan, the daughter of a genteel but bankrupt family, has few prospects. But fate intervenes when she receives an unusual proposal from the wealthy and powerful Lim family. They want her to become a ghost bride for the family’s only son, who recently died under mysterious circumstances. Rarely practiced, a traditional ghost marriage is used to placate a restless spirit. Such a union would guarantee Li Lan a home for the rest of her days, but at a terrible price.

After an ominous visit to the opulent Lim mansion, Li Lan finds herself haunted not only by her ghostly would-be suitor, but also by her desire for the Lim’s handsome new heir, Tian Bai. Night after night, she is drawn into the shadowy parallel world of the Chinese afterlife, with its ghost cities, paper funeral offerings, vengeful spirits and monstrous bureaucracy—including the mysterious Er Lang, a charming but unpredictable guardian spirit. Li Lan must uncover the Lim family’s darkest secrets—and the truth about her own family—before she is trapped in this ghostly world forever.

10. The White Road of the Moon, which I just sent to my editor five minutes ago and which should come out, let’s see, um, spring of 2017.

Definitely not a horror story, of course you know that. But ghosts are an essential element — all or nearly all of the magic we see depends on ghosts. Here’s the first bit of The White Road:

There were more than twenty-four hundred people in the town of Tikiy-by-the-Water, but only one of them was alive.

Meridy Turiyn had been alive for just over fifteen years when she came down the mountain path from the village of Tikiy-up-the-Mountain. She came in a rush down the steep trail, with very little care for any twisted roots and loose rocks that might wait for an unwary foot. She was too angry to take care, but luck or the hand of the God or perhaps simply the sharp reflexes of youth protected her from anything worse than an occasional stumble or missed step. She was forbidden to visit the ghost town of Tikiy-by-the-Water, but she was angry enough to ignore that prohibition.

Aunt Tarana hated any reminder of ghosts or ghost towns, any tale of enchantment or witchery, any echo of history or poetry. Aunt Tarana was a practical woman. That was what she said of herself. At every possible opportunity, it seemed to Meridy, she declared in her loud, firm voice: Whatever else, anyone can attest that I am a practical woman. Aunt Tarana had definite ideas about how practical, decent women behaved. She believed that a decent woman kept a neat home and respected her husband; she cultivated appropriate friends and tithed to the local sanctuary; and if she must dabble in an occupation, she made certain it was a respectable one, such as making cheeses or raising bees or making strings of the tiny prayer-bells that folk hung from their eaves, hoping for favor from the God.

Most of all, a decent woman kept her mind and the minds of her children fixed firmly on the ordinary, everyday, practical world that everybody could see. Don’t you go teaching my girls any of that fancy poetry, or telling them ridiculous stories about things that likely never were and certainly won’t ever be again. That was what Aunt Tarana had said to her younger sister, Meridy’s mother Kamay, when Meridy was only five or six. Meridy still remembered that, vividly. Aunt Tarana had been furious because Kamay had led all the girls out into the frigid midwinter night to show them how on that night the moon set directly behind the Anchor of the World, so that the vast Anchor was limned with silverglow against sky and shadow. That moment had been beautiful and rare, and Aunt Tarana had ruined it, dragging her daughters away inside, refusing even to look at the great mountain.

Aunt Tarana had been angry at Meridy’s mother all the time, and after that Meridy had known it. Tarana had been angry at Kamay for wasting the family’s good coin on expensive books, and for insisting on gazing into thin air at things no one else could see, and most of all for bearing an indecently black-eyed daughter to a man she never named and then having the temerity to die and leave her, Tarana, to bring up the child. All this Meridy knew.

Her mother had died when Meridy was only eleven, of a fever that rose and rose and would not break.

A witch might have lifted that fever, but Aunt Tarana said a witch would let Kamay die or even murder her so as to bind her ghost, and any witches dared live or practice near Tikiy, decent folk would drive them out.

A priest might have lifted the fever, but Aunt Tarana said priests were almost as much a danger to the dying as witches. The nearest sanctuary was in Sann, not so very far away, but Aunt Tarana said too many priests were witch-born and witches were witches even if they had taken vows. She wouldn’t send for help. She said priests might claim they were the servants of the God, but decent people kept to the real and let the imaginary alone.

Aunt Tarana didn’t trust anyone who might touch the magic and dreams, the memory of the past and the imagined future that lay in the imaginary. She never trusted anyone who could reach across the boundary from the real, the living world of solid weight and present time, the world that could be trusted.