Or, wait, the werewolf in a spy thriller?

1. The Wolf’s Hour by Robert McCammon: Michael Gallatin is a master spy during World War II. He also happens to be a werewolf. He comes out of retirement for one last mission: to stop a secret Nazi operation called Iron Fist. 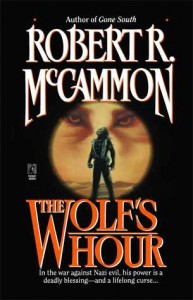 2. City Under the Moon by Hugh Sterbakov: “Bioweapon catastrophes, government conspiracies, military sieges, historical revelations, psychological warfare and werewolves. You want more thrill from a thriller?” On New Year’s Eve in Manhattan, a werewolf attack sparks an epidemic. Each night the victims multiply.

So, see, the first isn’t really horror, certainly not paranormal, it’s smack dab in the spy thriller genre. Not many werewolves in spy thrillers or detective novels or murder mysteries . . . are there? If you know of a good one, point it out, because it’s a trope that appeals to me. I can think of more vampires in this subsubgenre than werewolves. Anyway: McCammon’s book is certainly a werewolf classic.

The second title looks like a thriller, too — I haven’t read it, but it sounds like it fits in the thriller genre at least as much as the horror genre. Almost more like a zombie novel, really, with a plague of werewolves unleashed in Manhattan. The werewolves are both victims and menace, but the real bad guy is evidently the guy who unleashed the plague. Sounds like a pretty keen idea for a story.

3. The Wolfen by Whitley Streiber: The savage killing of two New York City policemen leads two detectives, a man and a woman bound together by a strange, tough passion, to hunt down the wolfen, called werewolves in former days.

4. The Howling by Gary Brandner: Karyn and her husband Roy came to the peaceful California village of Drago to escape the savagery of the city. On the surface, Drago appears to be like most small rural towns. But it is not. 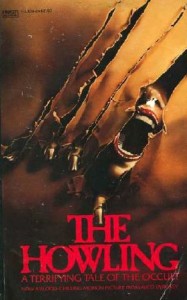 5. The Cycle of the Werewolf by Stephen King: When the moon grows fat, a paralyzing fear sweeps through Tarker Mills. For snarls that sound like human words can be heard whining through the wind.

Here we have the horror werewolves. You get normal people trying to survive when they’re surrounded by monsters. The good guys are human and threatened, the werewolves are the bad guys and not the least bit sexy, the stories are horror stories using horror tropes, atmosphere, and plotting. These . . . are not really my thing. I didn’t ever pick up werewolf books until I suddenly found I was on a panel about werewolves at a convention some years ago, and then I read quite a few werewolf stories in a row, including a couple of the classic horror titles. Not the Stephen King one, though; I didn’t know about that one at the time.

And what I found out via this exercise was: I don’t really like horror werewolves. This is not a surprise, because honestly I am not too keen on horror generally. I have liked some Stephen King, but I prefer Dean Koontz, simply because with the latter you can be sure that your favorite characters will survive. He writes horror-light, so to speak, and I prefer that.

But what I also found out was that I greatly prefer the paranormal/UF werewolves, such as:

6. Moon Called by Patricia Briggs: Mercedes “Mercy” Thompson is a talented Volkswagen mechanic living in the Tri-Cities area of Washington. She also happens to be a walker, a magical being with the power to shift into a coyote at will. Mercy’s next-door neighbor is a werewolf. Her former boss is a gremlin. And she’s fixing a bus for a vampire. 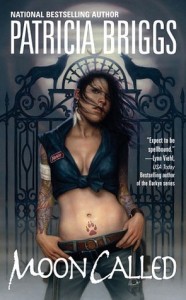 7. Bitten by Kelly Armstrong: Elena Michaels is the world’s only female werewolf. And she’s tired of it. Tired of a life spent hiding and protecting, a life where her most important job is hunting down rogue werewolves.

Not my favorite series, but some of my favorite wolves. When Armstrong’s werewolves shift to their wolf form, they behave very much like real wolves rather than like the far-too-aggressive wolves or just-straight-up monsters of some writers

8. Tempting Danger by Eileen Wilks: Lily Yu is a San Diego police detective investigating a series of grisly murders that appear to be the work of a werewolf. To hunt down the killer, she must infiltrate the clans. Only one man can help her–a were named Rule Turner, a prince of the lupi.

I like some things about this series, but the insta-love compulsion thing is a hard sell for me and I’ve only read the first couple books. Still, lots of people love this series, so eventually I may go on with it.

Now, for something a bit different: neither horror nor SF (nor spy novel), we have —

9. Howling Mad by Peter David: Well, New Yorkers have seen their share of lunatics. But are they ready for a wild and weird man-wolf named Joshua who’s never heard of fastfood, cable TV, or that many-splendored thing called “dating?”

This one sounds like such a neat idea: a werewolf bites a wolf, who then turns into a man during the full moon. You may recall that Ilona Andrews did the same thing, but with a bouda (hyena), and in the backstory, not the actual story. Anyway, this one is very much a concept novel, meant to be lightly funny, I gather (I haven’t read it). Such a snazzy concept. 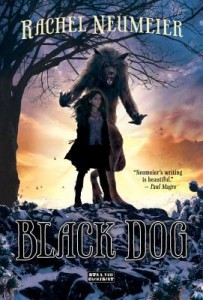 You saw that coming, didn’t you?

7 thoughts on “Werewolves: Horror or Paranormal?”