Here’s a thought-provoking post by Kameron Hurley: ABSOLUTE ZERO — THE TEMPERATURE AT WHICH WRITERS GIVE UP

Kameron Hurley is of course the author of The Mirror Empire, which sounds way too dark for me in ways that make me reluctant to even glance at it. On the other hand, this book got quite a lot of attention and definitely gave Hurley a professional boost, so a lot of readers obviously really liked it. The second book, Empire Ascendant, just came out this week, I believe.

It took me sixteen years between my first short story sale and first novel sale, and twenty years and six published novels before I had a single year’s income that looked anything like a living wage. I still don’t write full time. The day job pays all.

Don’t I get discouraged? Don’t I look at the six and seven figure deals that some debut novelists get and cry into my cornflakes?

But I know something many new writers, and debut novelists, don’t know: you are probably going to quit. You probably aren’t going to have a publishing contract in ten years. Those are the cold equations. Do some people get lucky right out the gate? Sure. Million dollar contracts for books that actually earn out. Six figure contracts for books that go on to be hits and give you royalties enough every year to live on. It happens. It’s not impossible.

But for the 99.9%, it’s not realistic. It’s a dream. For the 99%, like me, you are working book check to book check, hoping that the next project is the one that takes off.

I don’t know. I don’t exactly disagree, because a million dollar contract that earns out, I don’t spend any time dreaming about that, because Hurley is right. As if. For everybody who’s not a celebrity, that’s truly not at all realistic.

Also, the way advances are broken up, it’s not at all unusual to get a perfectly decent advance, but it doesn’t amount to a living wage because it’s spread out over three or more years. So Hurley is right: it’s realistic to expect book income to be nice-but-not-a-living-wage for quite some time.

But I do think a lot of anyone’s perception of all this — of luck and the success-lottery and how most writers fail and all like that — has very little to do with the objective real world. I think that perception is much more about someone’s own personal temperament and beliefs about life than it is about objective reality.

I think that it is important for a writer’s peace of mind to believe that:

b) Bad things happen to everybody, they’re just not as visible;

c) You can define success such that it is achievable; and

e) Envy is something you do to yourself. You can choose whether to be glad for another writer’s success or resent it.

I expect that a lot of writers do quit, for all kinds of reasons, including because they hit hurdles they didn’t expect. It is important to keep going if you’ve hit a hole where nothing you write sells, and I certainly believe it is true that most writers are going to have years like that. I know any number of writers who knocked it out of the park with their debut but couldn’t sell their second novel or series; who were doing fine to begin with but then couldn’t place anything for three or four years; who were dropped by their first publisher; who had to start writing under a pseudonym because their first series didn’t sell well. All kinds of problems. But this:

… you are going to hit far more roadblocks and hurdles once you have that first novel published, and more again with the second. It does not, in truth, get any easier.

Seems unnecessarily pessimistic to me. Because yes, actually it does get easier, or at least it can get easier, in all kinds of ways.

I mean, you may hit snags, but as you go on writing, you definitely learn that you can indeed finish a novel. You learn that you can work out the plot even if you have no idea where the story is going when you start it. You learn to trust your ability to write a book, and take a critique, and revise. Those can be serious doubts when you’re writing your second novel under a deadline, maybe your third, but by the time you’re working on your sixth, you have mostly likely learned to trust yourself. That honestly does make writing much easier.

You have readers who love your work, and tell you so. That definitely makes writing easier.

And, though the experience of writing is different for everyone, by the time you’re writing your sixth book . . . or your tenth, or whatever . . . I expect you will have probably hit a hole and more than likely recovered from it, too, so you know that can happen. Both the hole and the recovery. 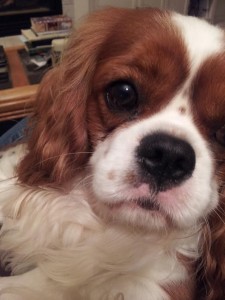 2 thoughts on “On not giving up”