But what I have in mind is actually: The titles I’ve re-read the most in the past three years or so, because it occurred to me that I can absolutely pick those out of the herd, since I’ve been keeping track of my reading for that long. It turns out that, though I’ve re-read a lot of books, some titles REALLY leap out of the herd. Here they are:

1. The Goblin Emperor by “Katherine Addison”. First published in spring of last year; I’ve read it, it turns out, no fewer than four times already.

2. The Death of the Necromancer by Martha Wells. I’ve read it four times in three years.

3. The Fall of Ile-Rien by Martha Wells again. I’ve read the whole trilogy straight through three times in three years.

4. The Wheel of the Infinite by Martha Wells yet again. I’ve read it three times in three years.

6. The Touchstone trilogy by Andrea K. Höst. I’ve read it three times in three years, and I recently realized that I would really like to read it again now, except I don’t have time. It is quite likely I will read it in November, which is the earliest I expect to have a significant break from my own writing. The whole enormous TBR pile can wait if I turn out to really want to read that.

Pretty repetitious list, isn’t it? I think this gets into another type of consideration:

Which stories are just as good on a second reading? Which seem even better when re-read than they were the first time?

Also, the main characters have to . . . have to . . . be pleasant to spend time with. This doesn’t mean *nice.* Tremaine in the Ile-Rien trilogy is not *nice.* But I love spending time in her head. 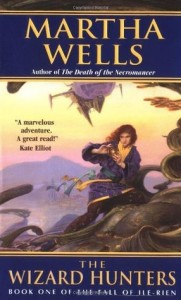