Via tor.com, a post by Avery Hastings on five great books with unreliable narrators.

I’ve read three of them — Cuckoo Song by Hardinge, Code Name Verity by Wein, and We Have Always Lived in the Castle by Jackson. I loved the first two; the last one not even slightly and I can’t even remember if I finished it.

I’m not sure I agree that Triss is an unreliable narrator. She is wrong about who she is . . . mostly wrong . . . but I don’t think she is unreliable. She is quite honestly telling us her real story. I really don’t think Child-discovers-some-shocking-truth-about-herself maps all that well onto the unreliable narrator idea. Otherwise we’d have to start considering any character who’s wrong about stuff to be unreliable, and wouldn’t that include practically every book ever written?

Anyway, moving on, several books occur to me that are missing from this post:

The Thief by MWT. I don’t know whether Gen counts as unreliable or as playing his cards VERY close to his chest, but I tend to come down on the he-is-lying-to-us-all side of the fence. In a good way, to be sure.

Chime by Franny Billingsley. Again, Briony is simply wrong — but she is a lot wronger than Triss in Cuckoo’s Song. Briony is wrong not just about herself, she is also wrong about her stepmother, wrong about everything that’s been happening for years, and convinced that all kinds of false things are true. She isn’t deliberately lying about what’s been going on, that’s for sure. Does the narrator need to be lying in order to count as “unreliable,” or does wrong-and-therefore-misleading count?

Also, as a side note, isn’t this a beautiful cover? 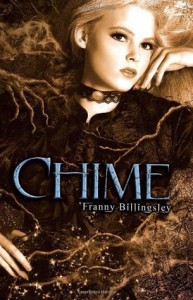 Completely different from the above, how about Phaethon in Wright’s The Golden Age trilogy? Over and over, whatever the reader thinks is going on is actually not what’s going on at all. This is a case of various protagonists being unreliable because they have deliberately fiddled with their own memories or perceptions.

However, as far as unreliable narrators go, I have to agree that the single best example ever is seen in Code Name Verity. Here the narrator is quite deliberately lying about practically everything, yet she’s telling a story that’s true at its heart. Really an amazing story.