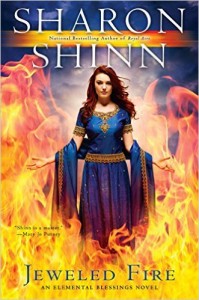 As one of the four princesses of Welce, Corene always thought she might one day become queen. Only circumstances changed, leaving fiery Corene with nothing to show for a life spent playing the game of court intrigue—until a chance arises to become the ruler of a nearby country.

After stowing away on a ship bound for Malinqua with her loyal bodyguard, Foley, Corene must try to win the throne by making a play to marry one of the empress’s three nephews. But Corene is not the only foreign princess in search of a crown.

Unaccustomed to being anyone’s friend, Corene is surprised to find companionship among her fellow competitors. But behind Malinqua’s beautiful facade lie many secrets.

The visiting princesses are more hostages than guests. And as the deadly nature of the court is revealed, Corene must rely on both her new allies and Foley’s unwavering protection—for the game she has entered is far more perilous than she ever imagined…

Anyway, I knew this one was scheduled for release. And I don’t care what it’s about particularly, since I just really enjoy this series. I did know it featured Corene, though. Also, I hear Sharon Shinn has the rough draft of the 4th book done, too, which is excellent. But here is the bit you may not know: She’s got a graphic novel coming out in 2017.

Anyway, here is an interview with Sharon about that.

I’m not sure how writers and artists of other graphic novels join forces, but this is how the process worked for me: First I produced my final script. Then Mark Siegel, my editor at First Second, assembled information about 10 or 12 different artists and had me look through their portfolios to see what kind of styles appealed to me. I went into this project not knowing much about graphic novels, so I wasn’t sure if I’d have strong preferences, but it turned out I did! One artist’s work seemed too cartoony, another one’s felt too dark and angry. But Molly’s imagery had great movement and color, and I loved the way she showed the personalities of her various characters.

As you’d probably expect, there’s a strong thread of romance in the story. It sounds like an SF type of world, with an alien invasion in the backstory. Click through to read the whole interview and see a couple of panels.