So, a friend of mine stayed at my house this past weekend, taking care of my dogs while I zipped off to Arkansas for a family reunion + my parents’ golden wedding anniversary. We had nice weather in Arkansas, thank heaven, and everything went beautifully, though I’m happy to be home and my dogs were as ecstatic to see me as though I’d been gone a month instead of just overnight!

But! My petsitting friend also likes SFF, but she is 25 years younger than me, so OF COURSE she has not read a ton of the older authors. I mean the people who were getting more buzz in the 80’s, even if they’re still active today, a lot of younger readers haven’t ever happened to try them because there are just so many new authors all the time and the buzz has moved on.

So I put out a dozen books I thought she might love that she might not have heard of.

My choices — and she is more into fantasy than SF at the moment, but I didn’t let that stop me — in no particular order:

1. The Changeling Sea by Patricia McKillip, because it’s perfect in every way and who wouldn’t love it?

2. Bridge of Birds by Barry Hughart, because it’s also practically perfect, despite the slight flaw in Master Li’s character. 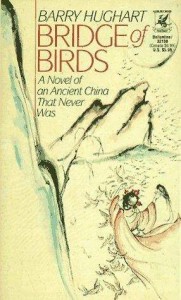 3. Those Who Hunt the Night by Barbara Hambly, because it’s a great book for almost anybody who likes current-day vampire UF.

4. The Paladin by CJ Cherryh, because I know it’s not for everyone, it’s got rather a slow pace, but for someone who prefers fantasy to SF, well, what CJC novel would you recommend? This is a standalone and I really love it.

5. Cuckoo’s Egg by CJC because there’s no sense letting people think they dislike SF when they just haven’t tried the right books. This is a really good one. 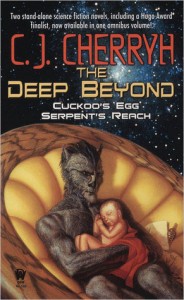 6. Night Watch because it’s possibly my very favorite of Pratchett’s books and imo a good entry point into his series. It turned out that my friend had at least heard of Pratchett, but hadn’t read any of his.

7. Jhereg by Steven Brust, because no one does first person smartass better and it’s just so much fun.

8. Island of Ghosts by Gillian Bradshaw. Yes, yes, it’s historical rather than fantasy, but as far as I’m concerned, good historicals read just like good fantasy. Except without the magic, of course. But still, the reading experience is basically the same and I simply love Bradshaw.

9. The Curse of Chalion, because everybody ought to try Lois McMaster Bujold.

10. Shards of Honor, because ditto and there’s hardly a better entry into SF than this.

11. Troubled Waters by Sharon Shinn, because it’s one of my favorite by Shinn, so comfortable and warm, I push it on everyone.

12. And the one she actually borrowed: Beauty by Robin McKinley. I’m sure she’ll love it! And I get the warm feeling of having introduced someone to McKinley. 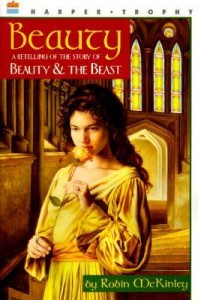 If she loves Beauty, I’m going to feel a burning desire to press Sunshine on her next.

I know it’s hard to distinguish titles I love from titles I’m sure everyone else will love, but say you’re loaning books to someone who’s a couple of decades younger than you but has at least somewhat similar tastes in books. What’s a handful of books you would most want to loan that person? The authors and titles they might have missed that no one, or at least no one who loves SFF, should go through life without trying?