Quite a few really interesting narrative nonfiction or biographical or historical fiction titles have been accumulating on my wishlist this year; I’m starting to feel like it may be time to move them all to my Kindle and dive in. In chronological order: 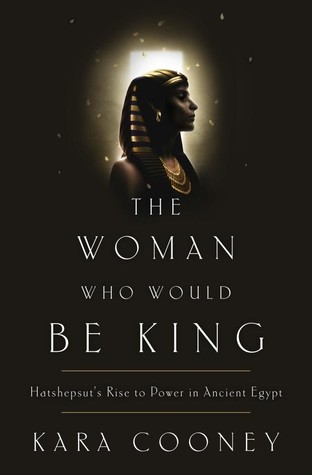 At just twenty, Hatshepsut ascended to the rank of king in an elaborate coronation ceremony that set the tone for her spectacular twenty-two year reign as co-regent with Thutmose III, the infant king whose mother Hatshepsut out-maneuvered for a seat on the throne.

I’ve always been interested in Hatshepsut, as who wouldn’t be? I know a biography that reaches so far back in time has to be fairly speculative, but still, I’m not really interested in doing historical research. Just in reading a good story that offers some plausibility and the flavor of the period. The Goodread reviews for this one by Kara Cooney are a bit uneven, and I see it is a bit less of a story and a bit more of a historical treatise on the topic. But it sounds worth picking up.

Next, here’s a new-this-year biography that sounds wonderful — I’ve always liked Augustus. We glimpse him from time to time in fantasy. For me, working historical figures into fantasy novels makes me a whole lot more likely to be interested in them as people. Do you remember CJ Cherryh’s take on Augustus in her LEGIONS OF HELL? Oddly, this was the only HELL book I ever looked at, though I liked it. Plus, Hatshepsut was also featured in this one — this may be the first time I heard of her. I see now that there are a lot of other books in this universe, though it seems that Janet Morris was the driving force behind this shared-world series and I am not generally that crazy about the kinds of stories she writes. Anyway, Augustus was also important in Gillian Bradshaw’s CLEOPATRA’S HEIR, remember that?

So, a new biography: 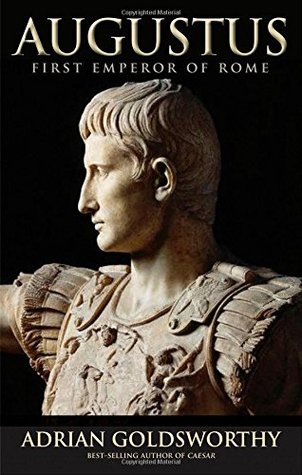 In this highly anticipated biography Goldsworthy puts his deep knowledge of ancient sources to full use, recounting the events of Augustus’ long life in greater detail than ever before. Goldsworthy pins down the man behind the myths: a consummate manipulator, propagandist, and showman, both generous and ruthless. Under Augustus’ rule the empire prospered, yet his success was never assured and the events of his life unfolded with exciting unpredictability. Goldsworthy captures the passion and savagery, the public image and private struggles of the real man whose epic life continues to influence western history.

Then there’s 1453: The Holy War for Constantinople and the Clash of Islam and the West by Roger Crowley, which was recommended at a panel at this year’s World Fantasy Convention. 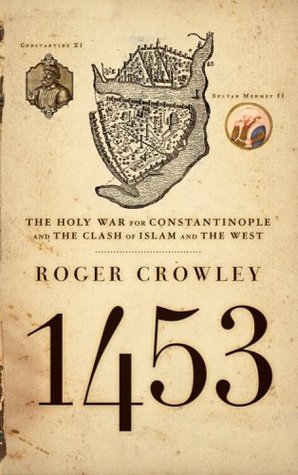 Now in trade paperback, a gripping exploration of the fall of Constantinople and its connection to the world we live in today The fall of Constantinople in 1453 signaled a shift in history, and the end of the Byzantium Empire. Roger Crowley’s readable and comprehensive account of the battle between Mehmed II, sultan of the Ottoman Empire, and Constantine XI, the 57th emperor of Byzantium, illuminates the period in history that was a precursor to the current jihad between the West and the Middle East.

See that? “Gripping.” That’s exactly what the panelists said. But I don’t know: the fall of Constantinople might make for pretty grim reading, too. Gillian Bradshaw touched on this basic conflict in IMPERIAL PURPLE, though at that particular moment Constantinople won, of course.

And finally, how about Washington’s Spies: The Story of America’s First Spy Ring by Alexander Rose 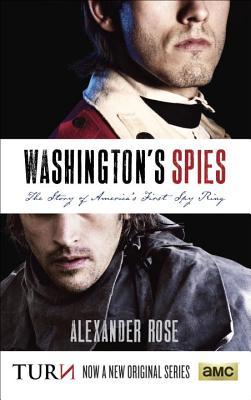 Basing his tale on remarkable original research, historian Alexander Rose reveals the unforgettable story of the spy ring that helped America win the Revolutionary War. For the first time, Rose takes us beyond the battlefront and into the shadowy underworld of double agents and triple crosses, covert operations and code breaking, and unmasks the courageous, flawed individuals who inhabited this wilderness of mirrors—including the spymaster at the heart of it all, George Washington.

Of all these books, this one has been on my wishlist the longest. I heard of this first from Chelle at Persephone Reads, and it sounds great — like a compelling read as well as a story that to brings history to life. I do think kids would find history far more appealing in school if books like this were worked into the curriculum, though I suppose that not just everybody wants to read a lot of books or reads fast enough, but still.

I don’t always look for a lot of historical stuff, but don’t these sound fascinating?