You probably know that a lot of publishers, and also a lot of self-published authors, have bookmarks and cards made to advertise their books. They put their book cover on the front and a sentence or quote about the book on the back. Sometimes a publisher will make up a little booklet with the first chapter, or sometimes an author will include a link where you can go to download a free chapter or even the whole book. These materials are spread out over a couple tables at the World Fantasy Convention, not to mentioned handed out liberally during face-to-face chats.

Also, of course everybody on panels, and for that matter everybody you meet, recommends books and authors. If they sound like they might be good, of course you scribble the names down on a bit of paper or (these days) email yourself a reminder.

Not only that, but publishers also distribute copies of free books to the convention and the (extremely hardworking) WFC staff put selections of books in large tote bags and hand them out when you register. Attendees spend the whole weekend sorting through these books and discarding the ones they already have or the ones they have no interest in, while picking up books that they don’t have and think they might like.

So because of all this, I’ve got a whole lot of new titles and authors on my radar now. Like these: 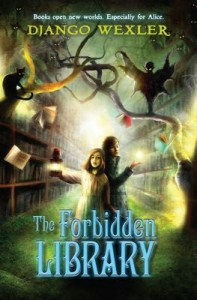 So, yeah, now I need to look that up. I mean, they had copies in the dealer’s room, but it was hard enough getting the best things from the free book bag crammed into my single carry-on bag, so I wasn’t interested in actually picking up much from the dealers.

DB Jackson – The Thieftaker – “…a colonial America that is at once familiar and unlike any version of history or fiction that you’ve seen before.” I’m sure I’ve heard of this book before, but I don’t remember anything about it. Time to look at Goodreads reviews! 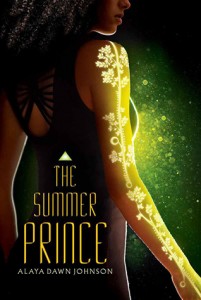 Sarah Beth Durst – The Lost – “It was supposed to be a small escape. A few hours driving before turning around and heading home. But once you arrive in Lost . . . well, it’s a place you really can’t leave.” It sounds like it might be edging on horror from that description. And the cover does nothing for me. But I liked Vessel quite a bit, more than well enough to be interested in this book.

J Kathleen Cheney – The Golden City – “. . . part fantasy, part romance, part police procedural, and part love letter to [Portugal] in the early 1900s.” (Kirkus) There was a card for this one, but in fact it was independently recommended to me by Sharon Shinn, so that definitely piqued my interest.

Suzanne Church — I had a nice chat with Suzanne and her husband and picked up her card. Dropping in at her website, I see that her short story collection got a starred review from Publisher’s Weekly. Also, she cleverly included extra background material about each story on her website. That’s an excellent idea. I should do something like that.

Other books that were recommended to me so that I emailed myself a quick note containing the title included Grave Witch by Kalayna Price, The Rosie Project by Graeme Simsion, an Life After Life by Kate Atkinson.

Courtney Schafer – The Tainted City (sequel to The Whitefire Crossing). I didn’t passionately love the first book, but I liked it. And the main character is certainly in a pickle at the end of the first book; I want to see him get out of it. And Kristen at Fantasy Book Café loved the sequel, so there’s that. I’d have picked up a copy of The Tainted City at the convention but I just didn’t have room in my bag. Besides, I’d rather have Book 2 in e-format, to match the first book.

Genevieve Valentine – Persona – “You are cordially invited to meet Suyana Sapaki. If she lives that long.” Catchy hook, isn’t it? This is a book coming out early next year from Saga Press, and it looks like it might be good.

L Jagi Lamplighter — The Unexpected Enlightenment of Rachel Griffin. I listened to a brief reading from this and I thought it sounded promising.

Then I’m not sure about these next ones – I have cards about them to allow WFC attendees to download partial or full books. All of these look interesting enough to at least check into:

Then, you know, panelists recommend stuff, and these were recommended as excellent narrative nonfiction:

John Keegan – The Face of Battle

And, finally, Del Rey put out a pamphlet containing the first chapter of Uprooted, Naomi Novik’s new YA. I read a few pages, but frankly it looked too good to go on with. I want the real thing in my hands before I keep going with it. It’s due out June 2015. 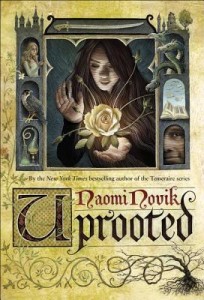