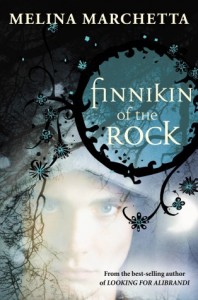 Oh My God The Backstory Is Grim. Bad stuff happened ten years ago and then it got worse. Widespread starvation, torture, rape, murder, attempted genocide, you name it. Plus it turns out one of the important characters has been psychically tuned in to every bit of the awful stuff that has been happening to her people for all that time. Imagine what that would be like. Except no, don’t, run screaming from trying to imagine that.

Even so, this book is not grimdark, and here is why:

a) At the end, Lumatere is opened up to the world, its people are reunited, and the long process of recovery and rebuilding is underway.

b) There is really no doubt at any time that all of this will come to pass.

c) At the end, every important character is better off. Finnikin accepts the possibility of restoring Lumatere and becomes the leader his people need. Finnikin’s father hauls himself out of despair and takes an active role in restoring Lumatere. Evanjalin grows into her potential. Froi, who starts as a nasty young street thug brutalized by his horrible childhood, becomes a decent person.

d) At the end, the oppressors are thrown down and get what they deserve.

None of those things would happen in a Grimdark fantasy. I keep using Abercrombe as an example, but let me pick something different this time: 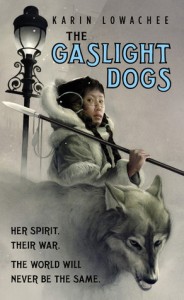 Horribleness is not as overwhelming in the backstory, and the world is not filled with unrelenting awfulness as the story unfolds. Sjenn is an interesting character, but I remember almost nothing about her, so there’s that. More important, what makes this story Grimdark is that at the beginning, no one is at a better place than he or she started. Worse, Jarrett, one of the two protagonists, is passive, ineffectual, and callous. At the end, he is evil. As far as I’m concerned, that character arc defines Grimdark.

However, what I find reading Marchetta’s extremely dark fantasy is that the emotional distance I have to maintain in order to bear reading it inevitably produces a lack of emotional engagement with the story and the characters. Unlike Grimdark, it’s readable and even enjoyable, but it’s not the kind of story where I feel drawn in. I don’t find it compelling.

I do like the second book, FROI OF THE EXILES, better, because both Froi and Quintana are more interesting to me than the protagonists of the first book and even more because the overall situation, while difficult and even tragic (for Quintana particularly), is not simply dripping with despair like the situation presented in the first book. But I find myself skipping the plotlines that don’t directly involve Froi and Quintana because I am not engaged enough with the story to really care about the other characters. I sometimes skim, because I’m interested in what will happen, but not sufficiently drawn in to really care that much about how we’ll get to the next important moment.

So, yeah, I’ll finish FROI. I may even read the third book, QUINTANA. But this won’t be a trilogy I come back to again and again.

2 thoughts on “Recent Reading: Dark dark dark, but not grimdark”