I know, right? Like we don’t all have enough books stacked up to keep us going for the next ten years. Even so, some books are just too tempting to pass up.

In particular, I see a fourth MAGIC THIEF book has hit the shelves. 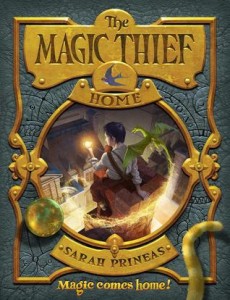 Sarah Prineas is either more reticent about tweeting new releases every hour on the hour than some authors, or else I happened to miss her tweets, because I found this out via Brandy’s comments on Twitter. Here’s her review. Sounds like the book is a treat! I really enjoyed the first three Magic Thief books and look forward to reading this one. I got it in paper because I have the others in paper, so it hasn’t actually *arrived* yet, but it’s on its way.

Okay, and this has been out for days and days: 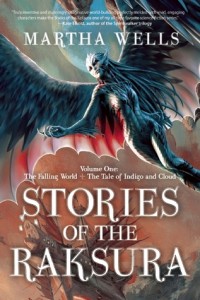 Very exciting! Because I’m already familiar with the world and the characters, I will be able to read this while working on the KEHERA revision, so I will get to this soon. At the moment I am still working my way through Lindsay Buroker’s REPUBLIC, so it will be days before I get to STORIES OF THE RAKSURA. But I have been waiting for these!

Also, how about this? 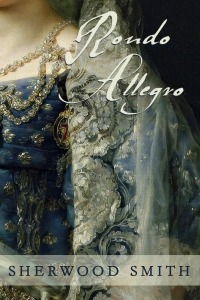 I got this one because Smith’s comments about this title at Goodreads made it sound really interesting! I’m finding it hard to excerpt a tidbit from her comments that makes sense, so what the heck, here is the whole thing:

The impetus behind this story was to novelize the delightful journals of Betsey Wynne (with entries by two of her sisters), which I reread every few years. She had such a fascinating life, which began as a young girl in France as her restless dad used his fortune to extend his Grand Tour for his entire life. Betsey and her sisters learned from an early age to speak English, French, German, and Italian.

When the French Revolution occurred, they were near the French border, desperate for news from Paris—and when their dad decided to get away from the spreading Terror, unfortunately he had no idea that the French army would soon be overtaking them. They ended up in Naples, which had its own problems. But Betsey escaped the worst of them by marrying, as a teenager, the older Thomas Fremantle, one of Nelson’s captains. Her marriage was personally arranged by the fascinating, and infamous, Emma Hamilton, lover of Lord Nelson.

For a time Betsey sailed with the fleet, but that journal is lost; he soon landed her in England, where she and her sisters set about having a life (she had nine children) as Fremantle sailed cruise after cruise.

The problem, I discovered, was that though Betsey lived at the edge of great events, she was never a part of them. Her life was filled with small events, of great interest to her, of course. The letters between husband and wife demonstrated a strong marriage, in spite of her young age as a bride, and their many separations. Young as she was, she managed his estate quite successfully, as well as looking out for her sisters.

Her life was rich and full, but dramatic in a novelistic sense, it was not. One morning I woke up thinking about what would happen to a girl who had been a friend of hers, one caught in a situation where she was summarily married off, as happened to so very many girls of that time.

The idea of a girl caught by the tides of war, who had no sense of home, living on the edge of several cultures, was the next step. I had already done a ton of reading about life in Paris during the Revolutionary years for Revenant Eve, and when I chanced on a book about women writing opera during that turbulent time, suddenly everything was in place.

I knew the naval action at Trafalgar had to be a part of it, as Thomas Fremantle was there—his letter makes absorbing reading—though as the storyline developed, Betsey and Fremantle faded into the distance. The story was already getting too lengthy, because everybody wanted a voice: servants, dancers, chasseurs, midshipman, the French and Spaniards also at that battle—all the people who never get biographies written about them. Act three must then reflect how a couple of outsiders went about building a marriage, and defining love, duty, and family.

Okay, and on the shelves for any practical purpose (actually out next week): 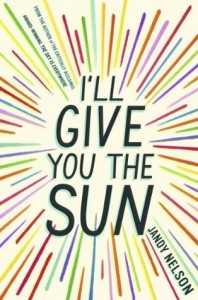 I LOVED Nelson’s debut, THE SKY IS EVERYWHERE. In fact, I loved it so much I am a bit wary of this new title. What if I don’t like it? What if my expectations are too high? Nevertheless, I will have to try it eventually. Well, the early reviews at Goodreads look promising.

Despite the boring cover. Sorry, but for me, that cover isn’t doing the book any favors.